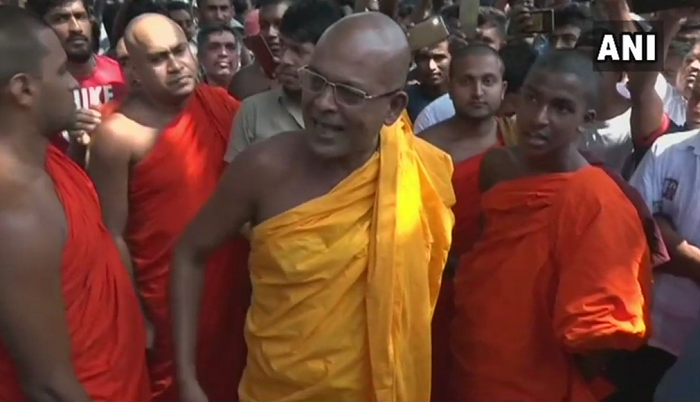 Sri Lanka on Sunday made cremations compulsory for the deaths due to coronavirus, ignoring protests from the Muslims who are saying that it goes against Islam.

Out of some 7 deaths, 3 have been of the Muslims and their bodies were created despite protests.

In a statement, Health Minister Pavithra Wanniarachchi said on Sunday that the corpse of a person who has died or is suspected to have died, of … COVID-19 shall be cremated.

Out of 21 million Sri Lankans, 10 percent are Muslims.

Sri Lanka: Violence all around as Christian mob clashes with Muslims, Cardinal says ban liquor
United States Commission for International Religious Freedom in a statement chastised the Buddhist-majority country and said that ‘USCIRF is concerned with reports of forced cremation of Muslims who died from #coronavirus under new govt guidance in SriLanka; a violation of Islamic burial practice which forbids cremation. Under WHO guidelines, both burial, and cremation are permitted.’

It is important to state that Sri Lanka is also home to Christians, but there have been no protests from them so far.