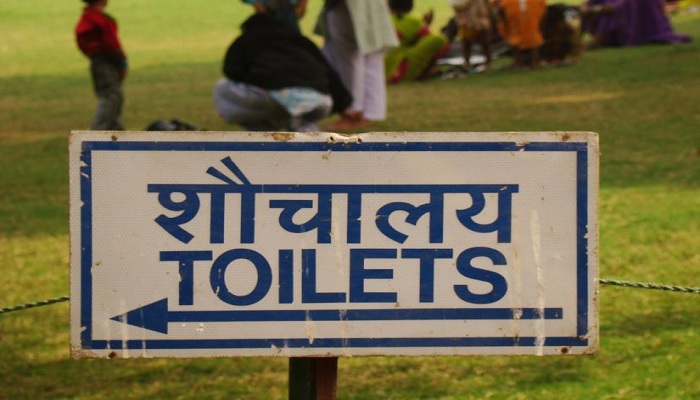 With the construction of individual and public and community toilets in urban areas getting on to fast track, Swachh Bharat Mission(Urban) today moved to a new level of improving ‘ease of access to public toilets’. Minister of Urban Development Venkaiah Naidu today launched ‘Google Maps Toilet Locator App’ to enable people to locate the nearest public toilet for use in five cities in National Capital Region and Bhopal and Indore in Madhya Pradesh as part of the Swachh Bharat Mission.

Swachh Bharat Mission is on a roll!

Using the keyword ‘Swachh Public Toilet’, users can access 5,162 public toilets located near malls, hospitals, bus and railway stations, fuel stations, metro stations and public and community toilet complexes in the five cities in NCR and 703 in Bhopal and 411 in Indore. The App also gives information about the nature of the toilet seat available, free or pay for use, working hours etc. This facility will be extended to other cities in due course. Ministry of Urban Development has partnered with Google to enable this service.
Venakaiah Naidu also launched free to use ‘Smart Toilets’ set up by the New Delhi Municipal Council (NDMC) under PPP model at National Gallery of Art on Shershah Road, opposite Haryana Bhawan on Copernicus Marg and near Tolstoy Marg Metro Station. Each such complex has one WC toilet seat and four urinals for gents, one WC each for women and differently abled, Water ATM, Bank ATM and Digital Health Centres.

One ‘Reverse Vendor Machine’ set up by NDMC at Gate No.2, Palika Market, New Delhi was also launched today. When a plastic bottle is dropped in to this machines, it gives a receipt of credit of up to one rupee. NDMC is setting up 20 such machines which help in preventing littering of plastic bottles.

Speaking about the progress of Swachh Bharat Mission in urban areas since its launch in October,2014, Naidu said the Swachh Bharat Mission picked up momentum during 2016 with 502 cities and towns including New Delhi Municipal Council declaring themselves ‘Open Defecation Free’ during this year and most of these claims verified independently. Another 237 cities and towns are set to become ODF by March next year. He said that during this year, the Mission in urban areas got to halfway mark in toilet construction against the mission targets.

Regarding Solid Waste Management, about 40,000 of the total 81,000 urban wards in the country have reported 100@ door-to-door collection and transportation of such waste. 21.50% of total solid waste being generated in urban areas is being processed scientifically.
Naidu named Gujarat, Andhra Pradesh, Sikkim who have declared all cities and towns as ODF besides Kerala, Maharashtra, Telangana, Jharkhand, Karnataka besides the UTs of Chandigarh and Puducherry as lead performers in toilet construction having met more than 75% of physical targets.
The Minister further informed that 95 Waste to Compost plants are currently functional in the country with an annual production of compost of 2.88 lakh tonnes. These include 17 in Karnataka, 16 in Gujarat, 15 in Maharashtra, 9 in Tamil Nadu and 8 in Uttar Pradesh.
Delhi is producing the highest quantity of compost of 3,000 MT/month followed by UP-2,900 MT/month, Gujarat-2,500 MT/month and Karnataka-1,600 MT/month.

Another 313 Waste to Compost plants are under revival and upgradation with a total production capacity of 22 lakh tonnes per year.

Seven Waste to Energy plants are operational in the country including 3 in Delhi, 2 in Maharashtra and one each in Madhya Pradesh and Telangana producing a total of 88.40 MW of electricity form municipal solid waste. Another 53 plants are under construction or tendering with a production capacity of 405.30 MW of power. 177 more such plants are under consideration with a production capacity of 1,138 MW. The maximum number of upcoming plants are in Madhya Pradesh-60, Andhra Pradesh-54 and Tamil Nadu-27.
Venkaiah Naidu presented ‘Swachhata Certificates’ 12 cities and towns who have become ODF recently and their claims verified independently by the Quality Council of India. These are; Visakhapatnam, Guntur and Nellore in Andhra Pradesh, Thanesar and Sirsa in Haryana, NDMC, Suchindram and Mailadi in Tamil Nadu and Khopoli, Kolhapur and Nandurbar in Maharashtra.