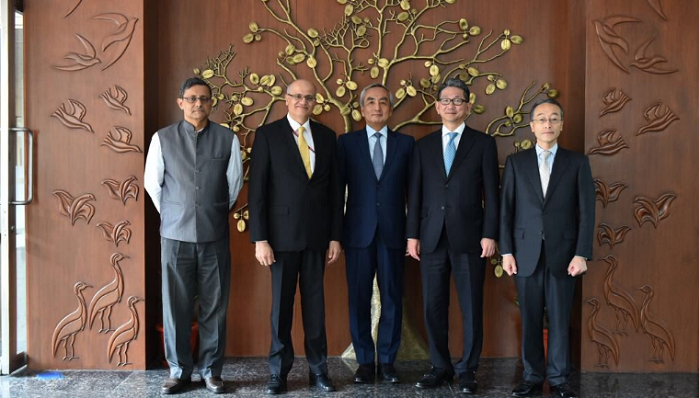 The fifth India-Japan 2+2 Vice-Ministerial level dialogue was held in New Delhi on June 19, 2018.

The meeting was co-chaired on the Indian side by Foreign Secretary, Vijay Gokhale and Defence Secretary Sanjay Mitra and from the Japanese side by Deputy Minister for Foreign Affairs,  Takeo Mori and Vice-Minister of Defence for International Affairs, Ro Manabe. The Dialogue was held in a friendly and forward-looking manner, in keeping with the India-Japan ‘Special Strategic and Global Partnership’.

A press statement from the Indian government said that during this meet, ‘both sides reviewed the entire gamut of India-Japan relations and discussed issues having overlapping foreign policy and security dimensions of India-Japan cooperation and consultations. Both sides reaffirmed their common desire to build on the strong foundations of bilateral cooperation and exchanges in order to forge a relationship of mutual benefit. In this context, both sides discussed measures to strengthen cooperation in fields such as counter-terrorism, maritime security, defense equipment & technology, peacekeeping operations, etc.’

Airtel gets trolled for anti-Muslim comments by its DTH customer

The discussions, which also centred on important issues covering regional and global dimensions, helped to further underscore the shared values and interests between India and Japan.