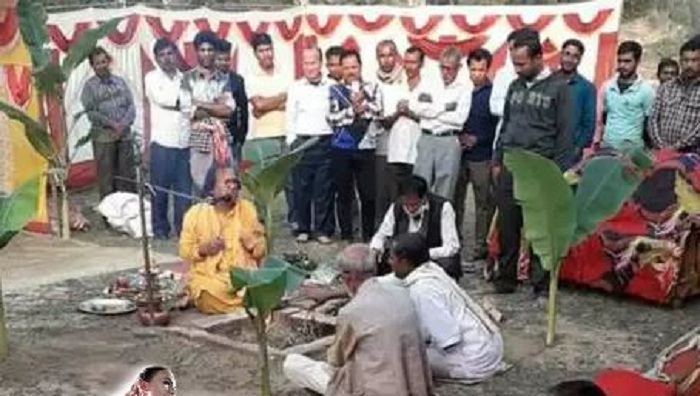 98 Tribal Christian from Tripura returned to the Hindu fold and claimed that they did not get respect in Christianity. Hindu Jagran Manch did their gharwapsi today in Kailashahar some 180 km from state capital Agartala. Most people among the group are from the illustrious warrior tribes of Oraon and the Munda.

The people embraced Christianity in 2010 and mostly belong to poor strata of the society. Mostly belonging to Jharkhand and Bihar, these people used work in the tea estates. After their Sonamukhi tea estate shut operations, they turned Christians.

Birsa Munda, a man from this group, also claimed that they were lured into adopting Christianity but were not treated well and hence, they decided to return to the Hindu fold.

In the press conference, the people said that we are too poor, Christians converted us but now we have returned with our own free will.

Earlier, some 200 Dalit families came back to Hinduism from Christianity in a Hindu Dharma Jagran program organised at the Biliya-Aslona village of Kaprada taluka, located in Valsad district on 26 December.

The Dalit people who returned to the Hindu fold believed that they would not fall ill and will be safe from evil spirits if they follow Christianity.

A former Missionary explains why she went out to save ‘souls’ and why she doesn’t do it anymore!