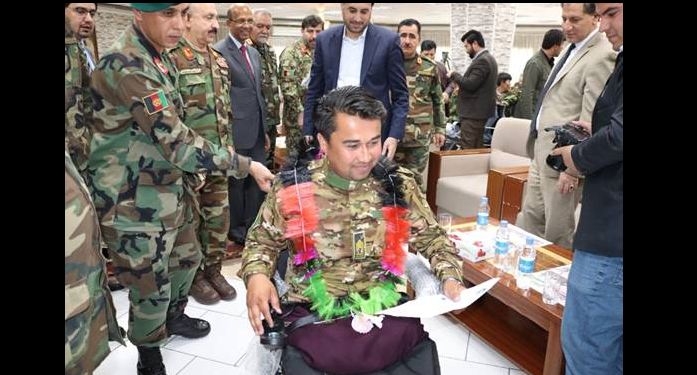 Afghan National Army (ANA) is fighting a heroic battle against terrorists. While it is trying to neutralize the terrorists, it too is suffering casualties.

To alleviate the challenges and sufferings of some of the critically injured Afghan National Army soldiers, Vinay Kumar, Ambassador of India presented 100 motorized wheelchairs to the ANA yesterday.

India has stressed on remaining committed to extending medical relief and assistance to the ANA personnel.

A Ministry of Defence representative says that India remains committed to further strengthen the strategic relationship between the Indian Army and the ANA.

India considers Afghanistan a friend and ally with most Indian citizens having a sympathetic attitude towards Afghans due to the terrorist onslaught from Pakistan backed terrorists that ripped the country apart.