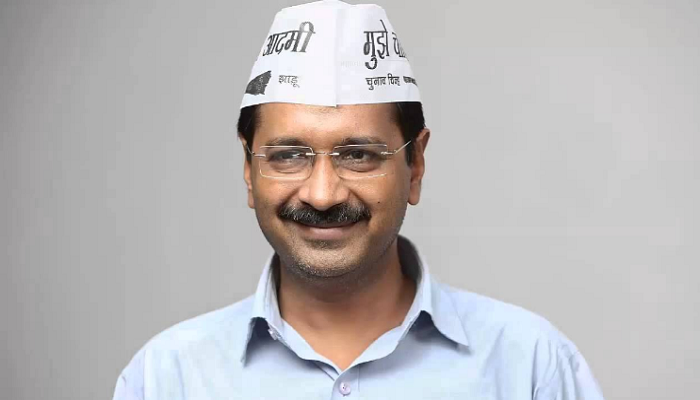 There is something about Arvind Kejriwal, while his AAP is still nowhere near Congress, BJP or any other party in terms of funds or manpower, yet he has made sure that he is the man who people see as the ‘opposition.’

While young satraps of Congress and other parties still do not know how to use social media to settle scores, Arvind Kejriwal is a pioneer in this regards; what AAP misses out in terms of logistics and funds, Arvind Kejriwal fixes all that up with what Narendra Modi is so ardently promoting, Digital India which would undoubtedly create more social media users in the near future.

First, he campaigned against Sheila Dikshit and ousted her and now he is after India’s most powerful politician, Narendra Modi. Today again he attacked Narendra Modi not with anger but with sarcasm. Here is what he said:

Congress was also in Reliance pocket. But they helped them secretly.

Modi ji proudly and brazenly announced it by modelling for Jio ad.

PM knew people won’t like Reliance ad. Still he did.

So, PM wants to say -“Yes, I am Reliance man and I don’t give a damn to what people think.”

In short, the message was that while Narendra Modi, a man of humble beginnings and education, is actually not the ‘Aam Aadmi’ but it is the IIT educated Arvind Kejriwal who is the one for the Aam Aadmi!

Arvind Kejriwal is no novice

Many often wonder why Arvind is after BJP and not Congress. He campaigned against the corruption of the then Manmohan Singh government and the Sheila Dikshit government in earlier days. So why target BJP?

But that is the whole thing, why would he work against Congress now when it is not in power anywhere! It is BJP which at a very fast pace is conquering newer territories under Narendra Modi!

Arvind Kejriwal knows where to hit and how to derive benefits, he may be an Aam Aadmi but like a true street-smart Aam Aadmi he knows where the grass is greener. Also the fact that the economic policies of Congress and BJP are hardly any different and the fact that the Left is already dead, therefore it is likely that he will play the socialist card more. This way he will be able to capture hearts of common people. However, he should make sure that he does not end up choosing wrong people for his fledgling party; worse than Sandeep Kumar’s sex CD it was its shoddy defense that would harm him more. Worse than attacks by Congress and BJP, it is his own partymen attacking saints like Jain Monk Tarun Sagar Maharaj which would harm him more. What he should remember is that this country is unlikely to turn its back on the Godmen and Godwomen. This is one reason why Left decimated abruptly.

Therefore, he must advice all to tread carefully and in the garb of socialism, militant Atheists must not be promoted or they would continue to harm the party’s fortunes.

With AAP set to do well in Punjab, it would be good for Arvind Kejriwal to also become vocal on foreign policy issues. Rest the time will tell.