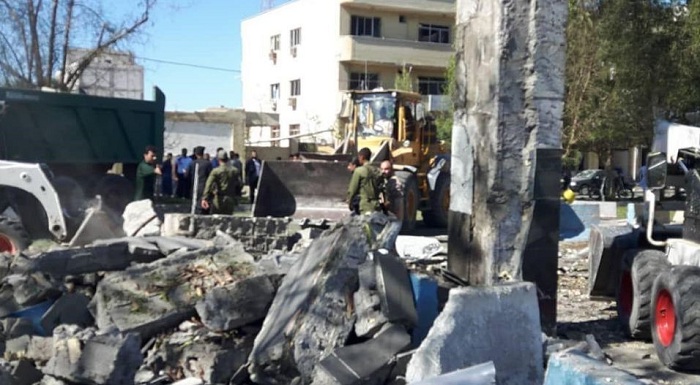 The terrorists sitting in a car were trying to infiltrate the city’s police headquarters in the morning but they failed to breach the security and instead detonated mid-way leading at least 30 people wounded.

Sistan-and-Baluchestan borders Pakistan and suffering from terror attacks. Terrorists attack the civlians without any qualms in this region.

Chabahar Port is an ambitious project of India as it is building a special economic zone there. The port is going to provide reach to Central Asia and this was again highlighted when Hassan Rouhani, President of Iran, paid his first visit to India at the invitation of  Indian PM Narendra Modi, from 15-17 February 2018.

In the India-Iran joint statement, it was mentioned that Chabahar Port and its connectivity to Afghanistan and Central Asia will be utilized and India also conveyed its readiness to support the development of Chabahar- Zahedan Rail line.

When Hassan Rouhani came calling to India the two sides had also reiterated their commitment for early and full operationalisation of Shahid Beheshti Port at Chabahar. Needless to say that Pakistan is unhappy with the bonhomie between the two.

Ansar al-Furqan who took the responsibility of the yesterday’s terror strike in Chabahar is a notorious group operating in the Pakistani soil which earned it rebukes from Iran.

Javad Zarif, the Foreign Minister of Iran, condemned the yesterday’s attack and gave a threat to the ‘foreign-backed terrorists’ saying that Iran in 2010, our security services intercepted & captured extremists en route from UAE. Mark my words: Iran WILL bring terrorists & their masters to justice and that these crimes won’t go unpunished.

We express our condolences to the Government and the people of Iran and the families of the victims of this attack. We wish speedy recovery to those injured. The perpetrators behind this dastardly attack should be brought to justice expeditiously. There can be no justification for any act of terror.

Afghanistan has also condemned the attack and expressed solidarity with Afghanistan highlighting that it too has made many sacrifices against its fight against terrorism.