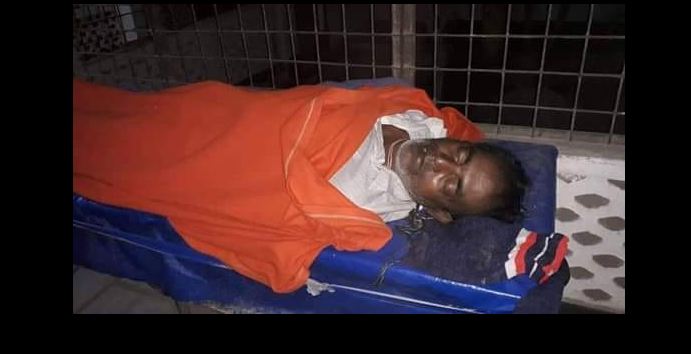 Khusi Nath Halder, a Hindu man, was murdered on 2nd of December, 2018 at Ghosh Para -Bhabanipur of Suja Nagar police station which falls in the Pabna District of Bangladesh by Abul Kalam and a woman named Romesa Khatun before elections.

Khatun has been apprehended in the lynching.

Bangladesh Minority Watch (BDMW) has reported that the local Muslims went to collect money Taka 35,000/- from the house of Khushi Nath Halder on 2nd December at about 8 pm.

The money was loaned to Milon Halder who is the son of Khushi Nath Halder. The wife of the deceased Hindu man assured the perpetrators that they will return the amount to money after a week, but the perpetrators armed with weapons lunged at Khusi Nath Halder and beat him.

Leaving for dead, the perpetrators fled. The Hindu man was taken to local Health Complex at Suja Nagar where he was declared dead by the attending doctor.

Due to religious persecution, many Hindus leave for India where they again land in soup.

On Thursday, BSF Spokesperson UK Nayal said that due to the general election in Bangladesh, a tense situation is prevailing, as a result, the minority community is fleeing due to insecurity in Bangladesh. However, it seems that the jailed Hindu minorities have simply landed from one insecure place to another.

The situation of Hindus in Bangladesh is horrible: HFS President