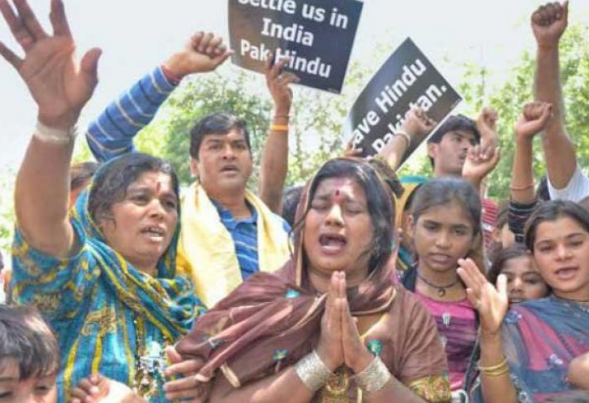 Rajkot, July 10, 2016: Pakistani Hindus who have been living in India’s Rajkot lined up at the collector’s office for a two-day camp which was to assist them in for getting citizenship of their new homeland.

Some 574 Pakistani Hindus currently live in Rajkot after shifting out of Pakistan as the country became a living nightmare for them.

In the camp, several Pakistani Hindus were found to be getting help from the officers as they were unable to fill up their forms.

Only those who have made India home for at least 7-years can apply for the Indian citizenship. To study the Citizenship form online, click here.

Pakistani Hindus have been coming out to India due to fear of forced conversions, murders, and kidnappings in their country.

The current Indian government led by Narendra Modi had promised the Indian people that they will look into the matters of Hindu persecution in neighboring countries such as Pakistan and Bangladesh. So all these steps are being taken essentially to fulfill its own promise to its core constituency.

Earlier there was much hue and cry after Adnan Sami got Indian citizenship while many Pakistani and Bangladeshi Hindus and Sikhs were left behind.