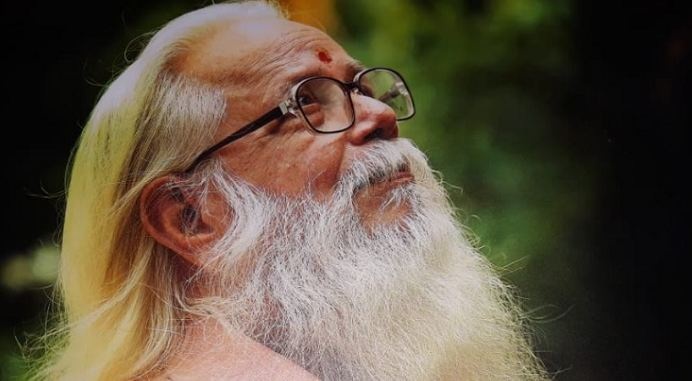 With ISRO spy case behind him, it is the quiet life that the scientist Nambi Narayanan desires.

Nambi Narayanan has no inclination to join politics and has squarely denied that he has been approached by the Left Democratic Front (LDF) to join the party and fight the election from Thiruvananthapuram.

Terming the speculations as the result ‘of a fertile imagination ‘ which ‘can’t be farther from the truth’ Nambi Narayanan said that ‘I have no interest or inclination to be in politics and NO party has approached me.

Over 24 years of my battle following the ISRO spy case, several political leaders have conveyed their love and respect for me, I’ve accepted them with all humility. My association with politics ends there.’

Nambi Narayanan had recently received Rs. 50 lacs from the Chief Minister of Kerala Pinarayi Vijayan as per the direction of Supreme Court thus destroying his life and career and also the cryogenic programme of India which was doing great progress prior to the ISRO spy case.

The Supreme Court on September 14 had ordered the government to pay Rs 50 lakh as compensation to Nambi Narayanan within eight weeks. The function of his acceptance of the cheque took place at Thiruvananthapuram’s Durbar Hall.

Find out the number of scientists in ISRO?