Kashmiri Pandits remembered the martyrs who were killed at the peak of terrorism in the state.

A large group of Kashmiri Pandits gathered outside the Governor’s House in Jammu on 19th January 2018 to commemorate the 28th anniversary of the sad tidings that saw murders, rapes and eventually, a forced exodus from the Kashmir Valley. 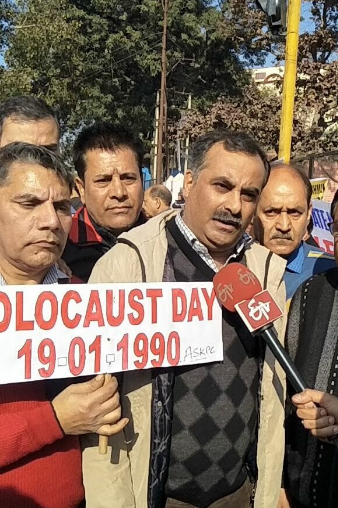 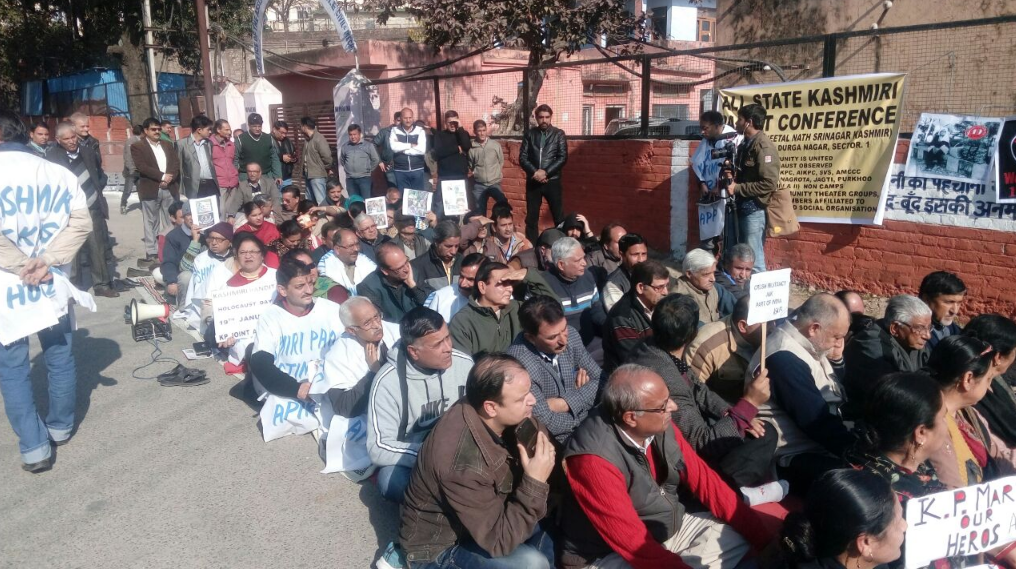 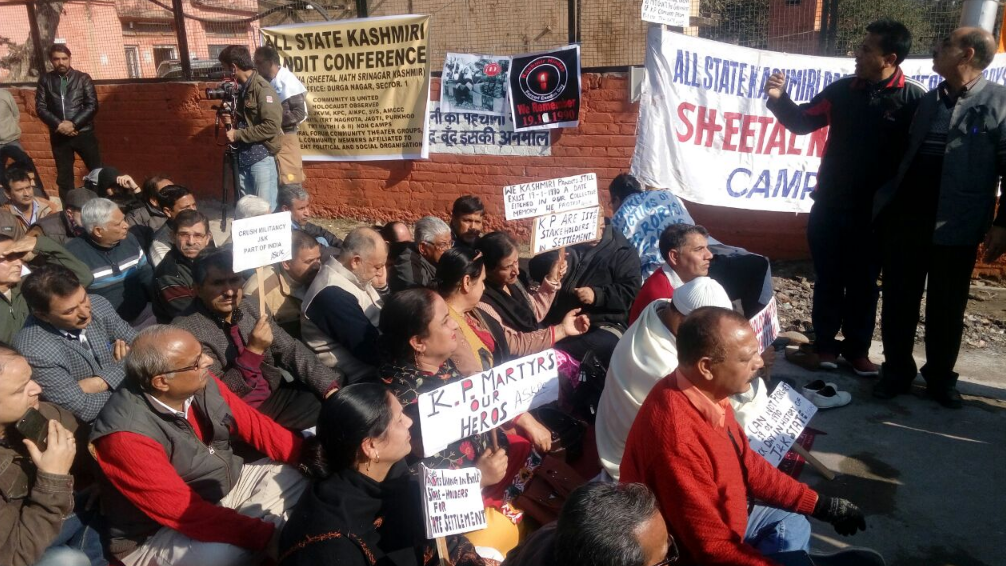 Calling this day as the ‘KP Holocaust Day’ the crowd of people demanded a concrete action plan on the return of Kashmiri Pandits to the valley.

The second demand was to have the government issue a White Paper on the exodus of the community.

The third demand was the passing of the Temple bill.

The fourth demand was the reopening of the Sharda Temple for pilgrimage.

And the last demand was the one-time compensation to the overaged unemployed youth.

Sharda Temple in PoK belongs to all Hindus, govt must facilitate pilgrimage

About one to eight lakh Kashmiri Pandits were forced to leave Kashmir since 1990 as the militants targeted them vengeance. In recent years, several Hindu groups have demanded that the KPs be sent back to their native place, however, so far, no government has shown interest in doing it.