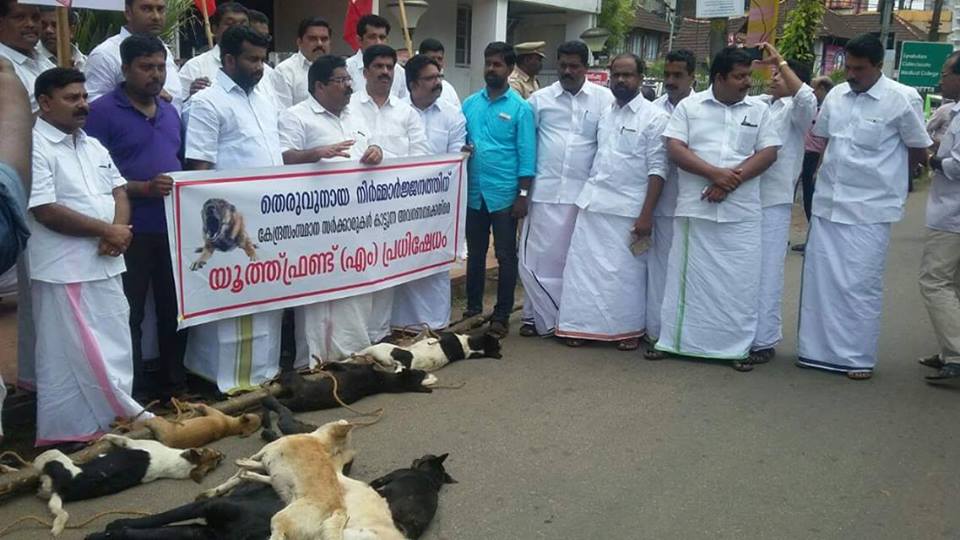 In the shocking display of cruelty, a political group in Kerala killed the dogs and paraded their bodies on sticks for tapping the public anger against the dogs.

The News Minute has reported that the president of the youth front, Saji Manjakadambil that its members targeted only the ‘dangerous dogs.’

How they were able to identify these dogs as ‘dangerous’ is not clear.

In #Kerala political parties are fighting over each other to kill dogs.
Here is a leader posing with the day's kill. pic.twitter.com/IIzM0CgRRg

Kottayam West police has registered a case against these politicians for cruelty towards animals.

Killing dogs is an acceptable political practice in Kerala

Dogs were killed and were hung from an electric pole in Kannur last year to mark the death anniversary of an RSS leader Manoj, 42.

Manoj was a famous RSS worker who was murdered after a bomb was hurled at his van. He lost control and hit and electric post. This was the electric post which Manoj had hit.

CPI (M) was accused by RSS for killing him while he himself was an accused in murder attempt on CPI (M) leader P Jayarajan which was done in 1999.

In short, at least in Kerala, a dog’s life is everything that it should not be!

Dog and the Mailman strike an unusual friendship!