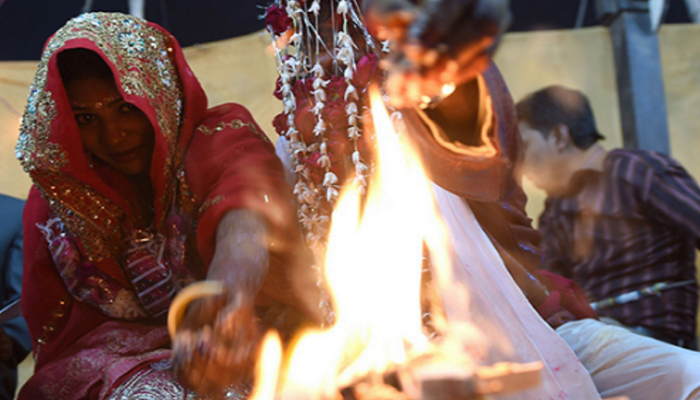 This year in February, we reported that the angry Hindus are agitating in front of the Press Club in Hyderabad on 15/2/2016 against the Hindu Marriage Bill.

The reason why this bill is being called flawed is the Clause 12(iii) which says a Hindu marriage can be annulled if any of the spouses converts to another religion.

Now the National Assembly of Pakistan has passed the same bill on Monday sidelining the objections of PTI MNA Lal Chand Malhi instead ridiculing his assertion that this would aid in forced conversion of Hindus. The clause states that marriage under this act could be annulled if the other party “has deserted the petitioner for a continuous period of not less than two years immediately preceding the presentation of the petition”.
As per Dawn.com, a proviso defines ‘desertion’ as “desertion of petitioner by the other party to the marriage without reasonable cause and without the consent or against the wish of such party and includes the willful neglect of the petitioner by the other party”.

While Pakistani Hindus have been demanding a Hindu Marriage Bill to safeguard their rights, this bill does nothing to safeguard Hindu interests in the nation as forced conversion of married women has been happening at an alarming rate.

Worse is that even after 7-months (since the first agitation broke out) the Pakistani government and the Hindu NGOs have failed to get the provision removed.

Due to the indiscriminate forced conversion of Hindus, many had to take refuge in the neighboring India.

The Hindu Marriage Bill in the current form is historic, except that it is nothing but a historic blunder in a nation where forced conversions are the order of the day.

Last year in August a case came to light when this child’s mother was abducted and forced converted to Islam by Hussain Bhabro who belonged to District Matiari of Sindh.

When Samtra, the wife of Mavo Kolhi was produced in the High court of Sindh, circuit court, Hyderabad, her child was there waiting for her mother who was handed back to the person who converted her.

Read About The Agitation Here:

Hindus protest in Pakistan against Hindu Marriage Bill, but who cares?