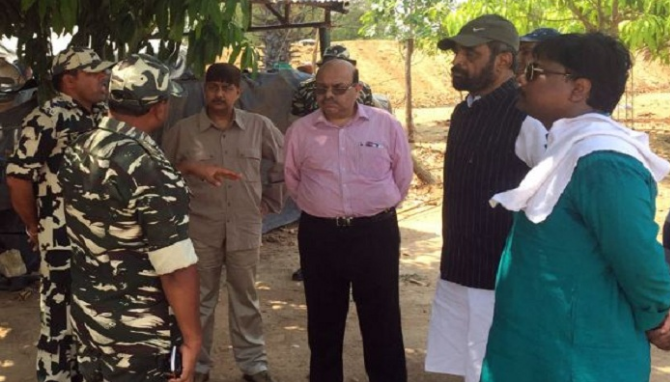 The Union Ministry of Home Affairs (MHA) today said that it has been implementing the ‘National Policy and Action Plan’ since 2015 to combat Left Wing Extremism (LWE). This envisages a multi-pronged strategy involving security and development related measures.

The significant features of the new policy were zero tolerance towards violence coupled with a big push to developmental activities so that benefits of development reached the poor and vulnerable in the Left Wing Extremism affected areas.

So how is the Left Wing Extremism being challenged?

MHA had categorized 106 districts in 10 states as Left Wing Extremism affected. These districts are covered under the Security Related Expenditure Scheme (SRE) of the MHA for the purpose of reimbursement of security related expenditure like transportation, communication, hiring of vehicles, stipend for surrendered Maoists, temporary infrastructure for forces etc to the states. Out of 106 districts, 35 districts which accounted for 80-90 % of country-wide Left Wing Extremism violence were categorized as ‘Most Affected Districts’. This categorization provided the basis for focused deployment of resources – both security and development related. Over the last few years, a number of districts have been carved into smaller districts. This has resulted in the geographical area of the 106 SRE districts to be spread over 126 districts and that of the 35 most affected districts to be expanded to 36 districts.

Over the last four years, there has been a substantial improvement in the LWE scenario. Incidents of violence have seen a 20% decline with a 34% reduction in related deaths in 2017 as compared to 2013. The geographical spread of LWE violence also shrunk from 76 districts in 2013 to just 58 districts in 2017. Besides, just 30 of these districts account for 90% of the Left Wing Extremist violence in the country. At the same time certain new districts have emerged as the focus of expansion by the Left Wing Extremists.

MHA recently undertook a comprehensive exercise in consultation with the States to review the affected districts in order to ensure that the deployment of resources is in sync with the changed ground reality. Accordingly, 44 districts have been excluded and 08 new districts have been added to the list of SRE districts.

In order to counter Maoist efforts to expand their influence in the tribal areas at the tri-junction of Kerala, Karnataka and Tamil Nadu, three districts of Kerala have been included in the list of SRE Districts. Despite the fact that there is hardly any violence in the new districts, the move is pre-emptive.

As a result of the exercise, 90 districts in 11 States will now be covered by the Scheme, down from 126. The list of ‘Most Affected Districts’ has been pruned to 30, down from 36. The revised categorization is a more realistic representation of the actual LWE scenario.