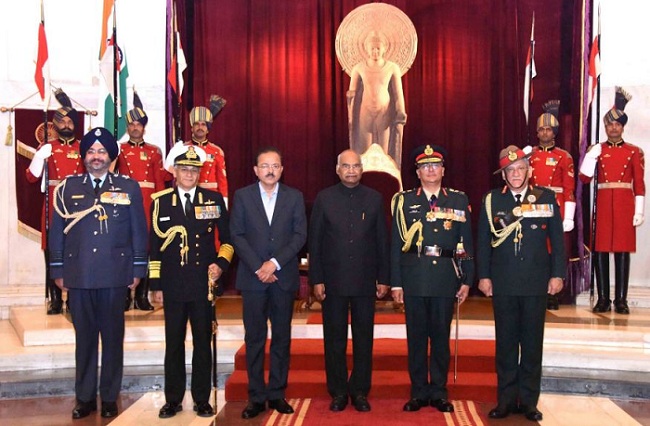 General Purna Chandra Thapa, Chief of the Army Staff, Nepal Army is visiting India from 12 to 15 January 2019 on his first official bilateral visit after taking over the command of the Nepal Army.

Based on an age old tradition existing between the armies of both countries, the Nepal Army Chief has been conferred with the Honorary Rank of ‘General of Indian Army’ by the President of India on 12 January 2019 at Darbar Hall of Rashtrapati Bhawan.

During the visit General Purna Chandra Thapa shall be interacting with senior Indian Army hierarchy and shall be visiting formations based at Jaipur and Lucknow.

The visit showcases the deep-rooted military to military ties and is expected be a platform to further strengthen the defence cooperation between the two armies.