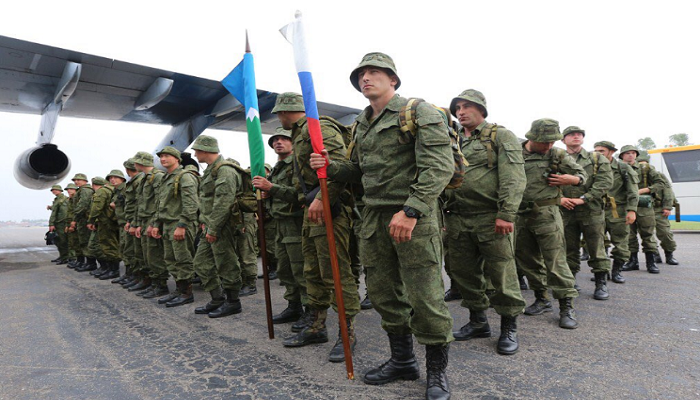 Unlike what was reported by a section of media, Russia has not canceled the first-ever joint military exercise with Pakistan.

Director General ISPR Asim Bajwa informed via Twitter over the development and also shared these pictures of the Russian troops.

A contingent of Russian ground forces arrived Pak for 1st ever Pak- Russian joint exercise (2 weeks) from 24 Sep to 10 Oct 2016.

External affairs ministry spokesman Vikas Swarup had earlier said that New Delhi had raised concerns over the proposed exercise as the Gilgit-Baltistan was “part of Indian territory”.

He had also said that New Delhi’s “well known sensitivities” were in the knowledge of Russia.

Hindustan Times has reported that the exercise will begin from tomorrow and will be conducted at the Pakistan Army’s High Altitude School at Rattu in Gilgit-Baltistan and at a special forces training center at Cherat in Khyber-Pakhtunkhwa province. The drill is expected to focus on high-altitude warfare.

Russia has later clarified that it will not hold any exercise in the Pakistan Occupied Kashmir.

The eighth edition of India-Russia Joint Military Exercise ‘INDRA-2016’ has begun in the Ussiriysk District in Vladivostok, Russia. Main focus of this edition of the joint exercise is on ‘Counter-Terrorism Operations in semi mountainous and jungle terrain under United Nations Mandate’. To achieve interoperability in joint operations, troops from both sides would acquaint themselves with the respective approach to such operations. A comprehensive training programme spanning eleven days has been drawn up for the purpose. 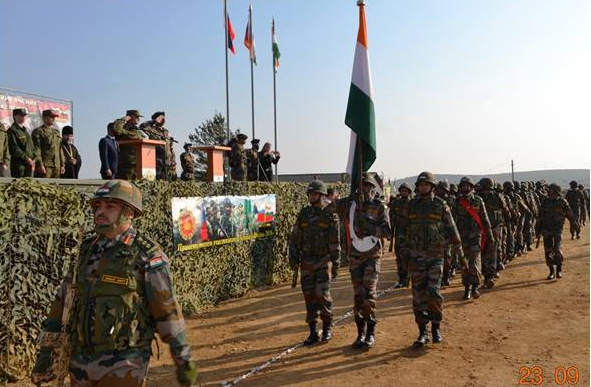 The troops of Indian Army marched smartly alongside the Russian Army in an impressive opening ceremony of Exercise Indra 2016. Both Contingents marched in unison, past the saluting dais, exhibiting their resolve to further the Indo-Russian friendship. Brigadier Sukrit Chadah, Indian Contingent Commander addressed the two contingents and highlighted the need for jointness between the two nations to defeat terrorism. Mr Loz, Vice Governer Primosski krai Province and Maj Gen Andrei Ivanovich Sichevoe, COS 5th Army from the Russian Army also addressed the contingents. 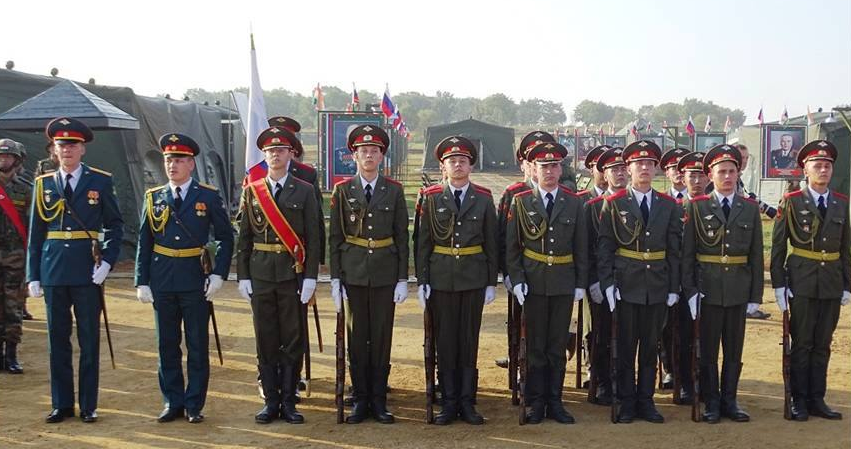 250 soldiers of the KUMAON Regiment are representing the Indian Contingent and the Russian army is being represented by 250 soldiers from the 59th Motorized Infantry Brigade. Indra series of bilateral exercises is one of the major bilateral defence cooperation initiatives between India and Russia since 2003. The Indian contingent is scheduled to return to India on termination of the Exercise in the first week of October ‘16. 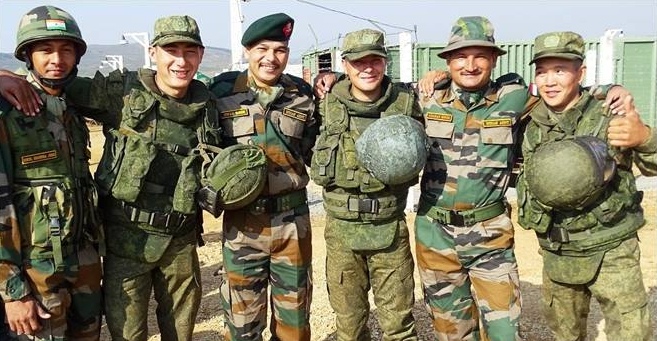 Imp: India & France signed the deal for 36 Rafale jets. Rafale will significantly improve India’s strike & defence capabilities. In short, India is quickly shedding its dependence on Russia. Pics from the signing of the deal: 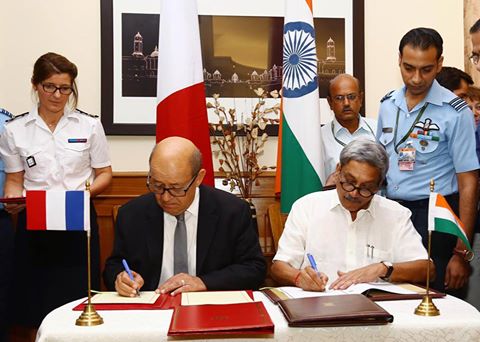 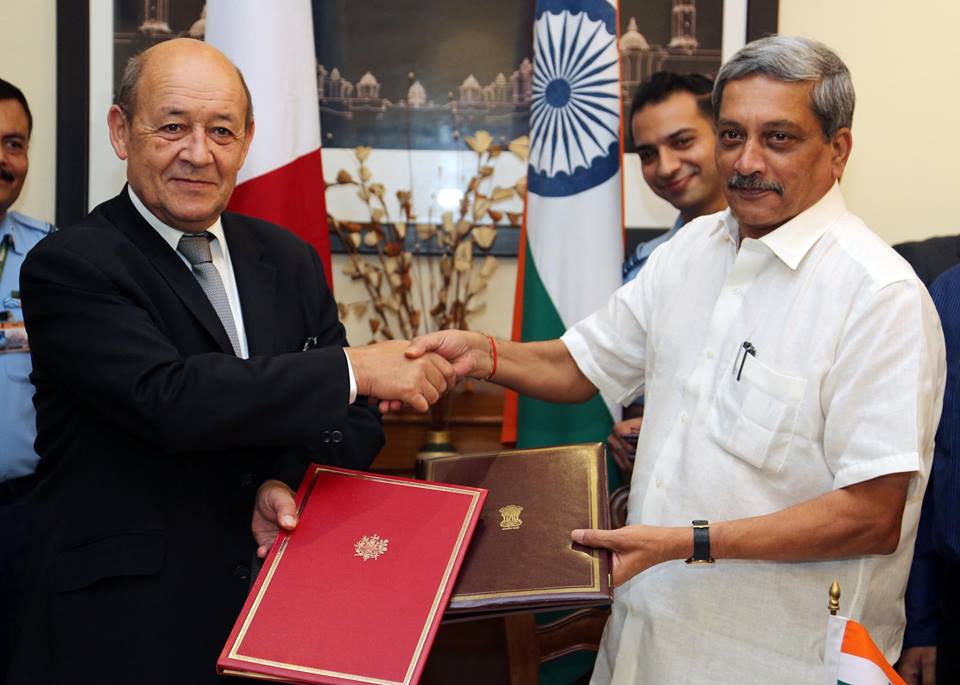