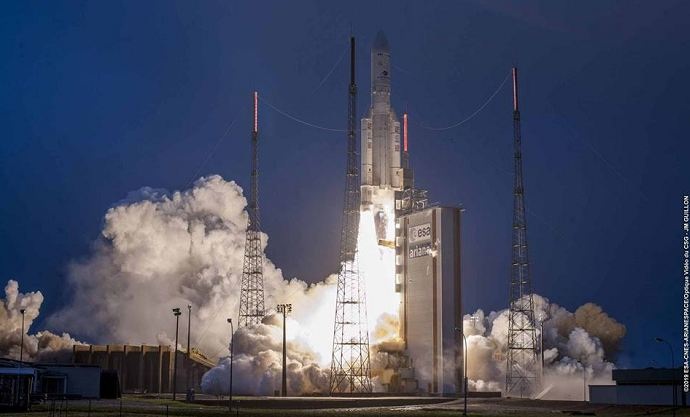 Chandrayaan 2 is a brave mission but it also speaks volumes about our scientists at ISRO and their caliber.

Like NASA said, space is hard, but it also shows that our scientists are made of no less than the finest steel that the world has ever seen.

After seeing several tweets of reassurance and an outpouring of support for the ISRO, it is important to remember the cost of the project. The total cost of this project is just about USD 140 million while the USA has spent more than USD 100 billion already on its Apollo missions.

Honestly, a mission of this scale in such a small budget in itself is a feat.

It is not empty praise when in my country a single Bollywood blockbuster makes some 200-300 crore every month. Recently there was a news that Bollywood and even Malayalam film industry were making an adaptation of the Hindu epic ‘Mahabharata’ with the budget standing at some Rs 600-1000 crore.

The project, which stands shelved now, was likely to rope in India’s biggest megastars and was worth USD 84-140 million! In short, even our filmmakers are aiming for the moon.

Rajinikanth-Akshay Kumar blockbuster, 2.0, said to be one of the most expensive Indian films ever made had a budget of Rs 543 crore!

There are hundreds of movies worth thousands of crores that either swim or sink every month, and here we have our scientists walking on a tight rope in a small budget and still emerging as rockstars one project after another.

Not going to fawn, but it is sheer brilliance!

Chandrayaan 2: NASA tells ISRO ‘You have inspired us with your journey’

This country can afford many dreams and many aspirations but what it cannot afford is tears of the brilliant minds.

Hence, I would like to tell Dr Kailasavadivoo Sivan, that we, the people of India, stand firmly behind you and we only want to see you shed tears of joy. In your glory rests our pride.

How many scientists are there in ISRO?