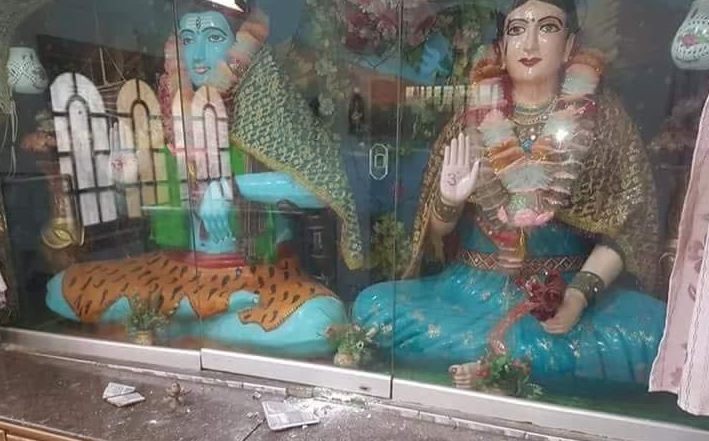 Hindu Temple at Sujawal town of Sindh was found desecrated yesterday morning by some devotees.

Pakistan Hindu Council said that some people attacked the Shiv Mandir of Sujawal and demanded that Chief Minister of Sindh, IGP Sindh, and Minority Minister of Sindh take the strong action against these perpetrators.

Here are the pics from the site: 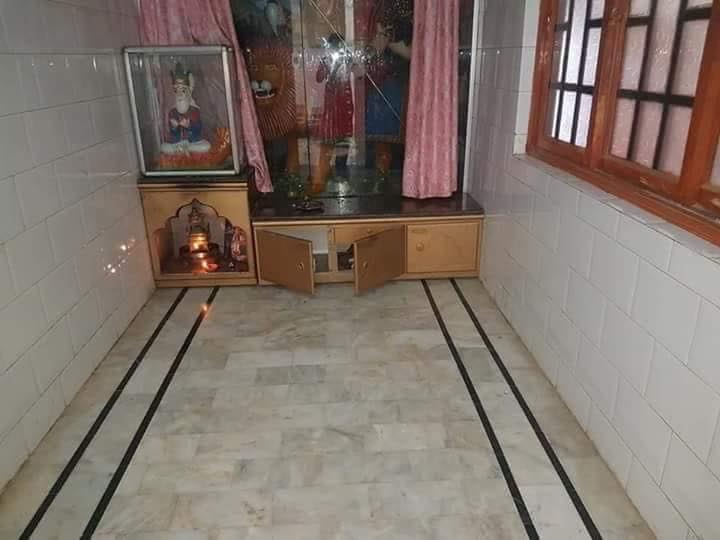 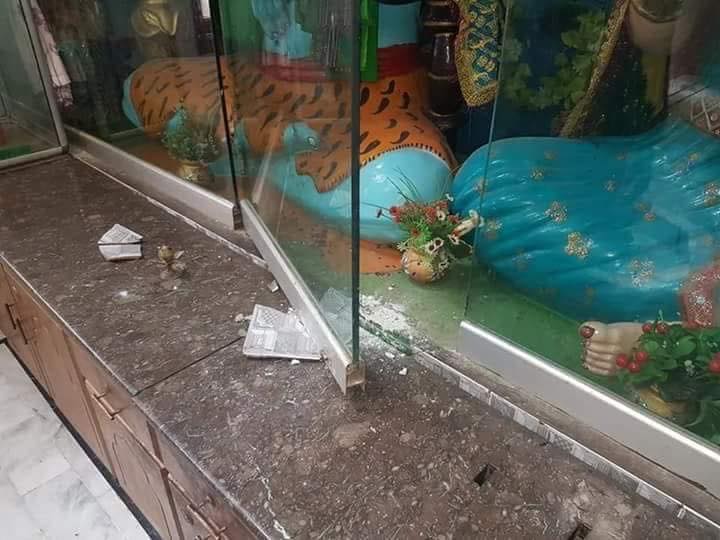 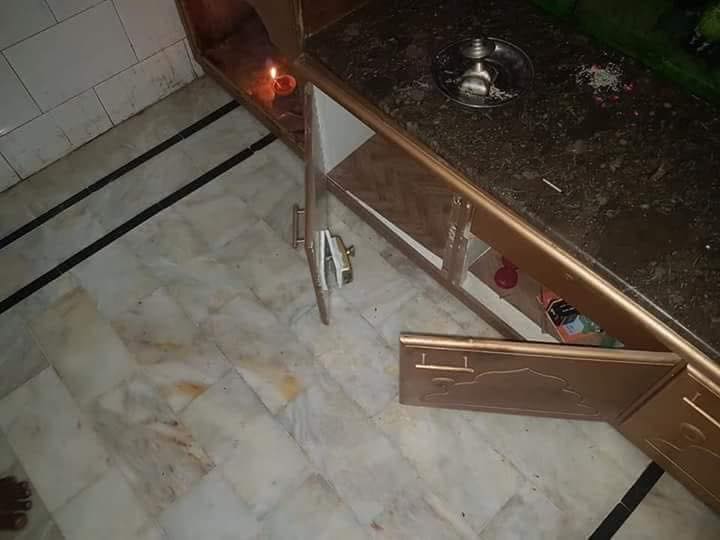 Pakistan Young Hindu Forum filed an FIR in this case.

In June, a Hindu trader was kidnapped from his shop by unknown armed men in Dera Murad Jamali, Balochistan.

The trader named Amrat Kumar is the son of Hindu Panchayat member Saith Thara Chand, was kidnapped in broad daylight from his shop leading to a shutter down strike by the Hindu community. His whereabouts are unknown.

In May, a Hindu businessman Jay Pal Das and his son Girish Nath were killed by assailants when they resisted against robbery.

Meanwhile, Pakistani policemen have also taken upon themselves to convert Hindus to Islam as reported by Dawn.com.

The report by the newspaper says that Riaz Ahmed Bijarani, the station house officer (SHO) of Matli police station in Badin district, on Wednesday boasted that seven members of a Hindu Bhil family, including children, have converted to Islam by his attempts. He also said that a ceremony was underway for the conversion of the family at the police station’s mosque. The Bhil family is from Huri area of Tando Allahyar district.

He also said that he will continue his efforts to preach Islam in the future too.

Many religious minorities such as the Hindus and Sikhs have taken refuge in India as the situation continues to turn bad to worse. Indian government led by Hindu nationalism has also eased citizenship rules to allow more Pakistani minorities which has led to much criticism at home.