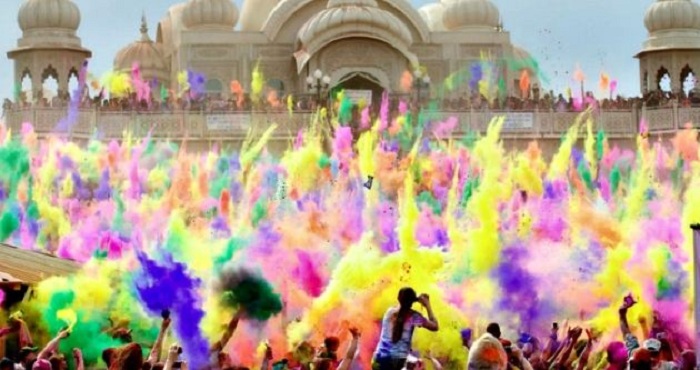 Holi is one of the most celebrated festivals in the world. The holy Hindu festival attracts everyone due to its vibrant and colorful nature.

Sweden has a sizeable Hindu population so for the upcoming Hindu festival several groups have joined hands to make it memorable.

Hindu Mandir Society, Stockholm, Trossamfund and Hindu Forum Sweden and other groups are organizing the festival in Helenelund Temple, Sollentuna Saturday 23rd March. Vegetarian food and a lot many activities including the Holika dahan have been planned.

If you are in Sweden, then do not miss out on Holi!

First ever large-scale Diwali celebration in Sweden brings the spotlight on Hindus! (Pics)