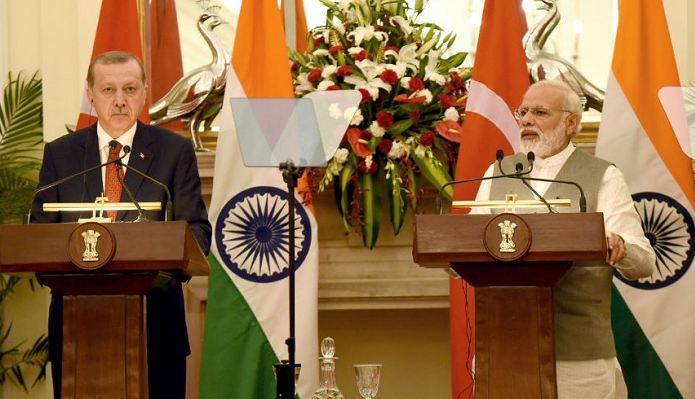 President Erdogan expressed condolences for the victims of recent terrorist attacks in India and wished a speedy recovery to those injured in the attacks.

Turkey Coup: Democracy Is Fragile In Many Parts of The World

Prime Minister Narendra Modi said that terrorism remains one of the gravest threats to global peace and security. He underscored the importance of immediate, demonstrable, and irreversible action against terrorism by all concerned countries.

Saudi Arabia and India agree to take steps against terrorists

Turkey shares cordial ties with India and is considered a moderate Islamic nation.