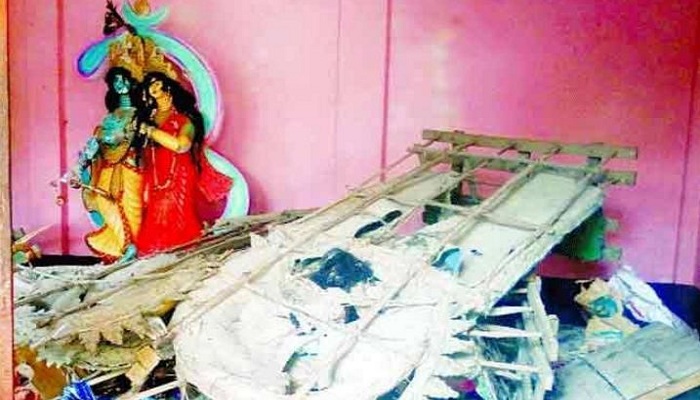 Hindu community has come under intense attacks in Bangladesh while the government is failing to contain the growing Islamism.

First, it was Nasirnagar Upazila where hundreds of Hindu houses were attacked and torched while more than a dozen Hindu Temples were also attacked.

Perpetrators also attacked Hindu women and children on that day at about noon during Shyama Puja.

Attackers numbering 7 to 8 trespassed, attacked Hindu houses, Temples and looted gold ornaments worth Taka 40,000 that were worn by the Hindu Deities.

Md. Tariqul Islam, Officer in Charge of Mohammadpur P.S. informed BDMW that one accused – Mohammad Nazrul Islam(50) son of late Baj Meah was arrested in this connection others are absconding.