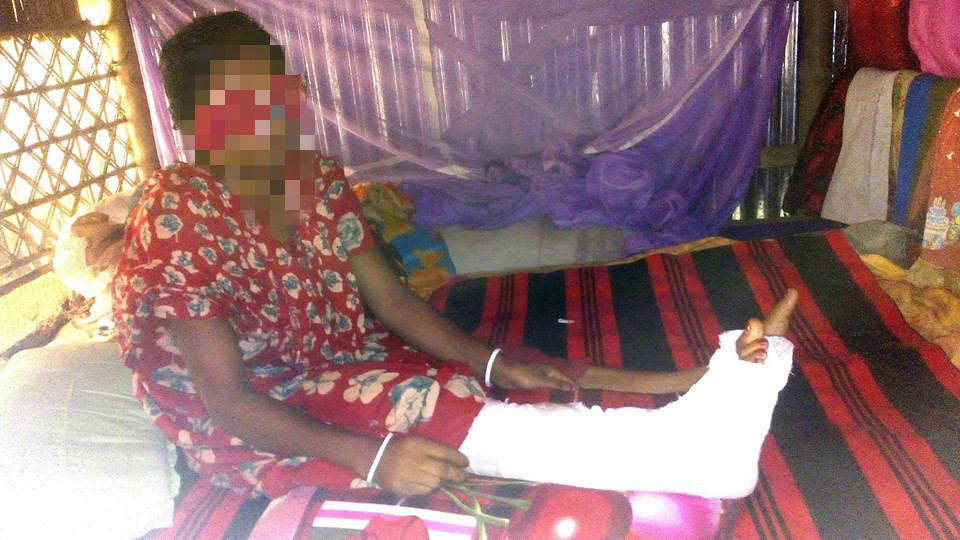 Bangladesh Minority Watch, a minority rights group in Bangladesh, has reported that a Hindu woman named Dolan Majumder (35) was raped on 30th September 2016 by Mohammad Sobhan Mollah (28) at the Solabaria village of Mollarhat Upazila which falls in the district of Bagerhat.

Bangladesh Minority Watch followed the case when the victim woman was brought to the local Hospital and it alleges that the police recorded the case under wrong sections of law and has not arrested the perpetrator till the writing of this report.

This news report has been covered by the daily Bangladesh Protidin dated 15th October 2016 as well.

The minority watchdog states that on 30th September 2016 at about 1 am the husband of the victim, Prokash Majumder, went out to use the toilet. Mohammad Sobhan Mollah took advantage of his absence and entered the house and raped the victim. The husband returned after a while and saw Mollah in the bedroom. He protested the rape Mollah had committed and threatened legal action. Angered by his comments, Mollah took out a sword to kill him on the spot but Dolan came in between and the sword instead hit her right leg. Hearing her cries many people rushed to their house but Mollah was able to escape amongst the crowd who was too stunned to act after seeing the blood splattered on the floor.

The victim woman is still undergoing treatment and is requesting financial help in getting medical attention.

Advocate Rabindra Ghosh of BDMW spoke to the Officer in Charge of Mollarhat police station and inquired about the rape incident, to which the officer said that the victim did not say anything. However, the victim has said that she was raped and has asked for assistance from the minority watchdog.