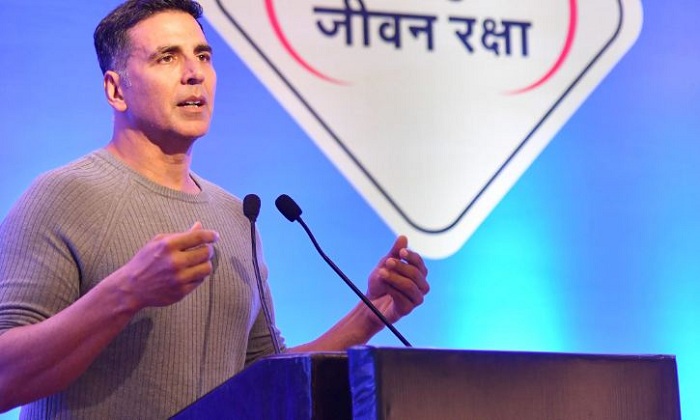 Akshay Kumar is battling social media after it came to light that the actor is a  Canadian passport holder.

Many believe that celebrities are an easy target and in election time, everyone is taking a go at someone.

Akshay’s own clarification did nothing but added fuel to the fire for which he alone is to be blamed. Instead of letting the controversy to hang over his head, he should have come out in open like Alia Bhatt and many others who are considered Indians no matter what.

He, in a statement, said that he holds a Canadian passport.

“It is also equally true that I have not visited Canada in the last seven years. I work in India and pay all my taxes in India. While all these years, I have never needed to prove my love for India to anyone.”

But the trolls want the government to take back the National Award for the Best Actor that Akshay Kumar won for Rustom. But Rahul Dholakia has an answer for the trolls. And he posted it on his social media account highlighting that ‘film professional & technicians of foreign origin can also be considered for Awards (National Awards).’

Take a look at his screenshot below:

Clarification on National Award- foreign nationals can get National Awards . it’s legal, legit and by the booksI have been on the jury ( not for this one) and so found out from an official Manoj Srivastava who sent me this. 🙏🏽 #NationalAward pic.twitter.com/wrAORcPdLC

So it seems Akshay may be able to keep his award.

While Rahul may have spoken out in favor of the Khiladi Kumar, yet, most industry stalwarts have chosen to stay mum.

The entire conflict began when Alia Bhatt’s citizenship became a bone of contention on social media.