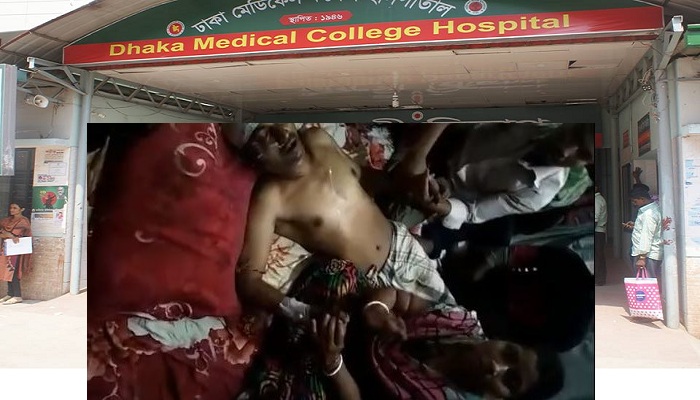 Shanti Rani said that some unidentified perpetrators wanted to kill her husband. The victim Hindu school teacher is fighting for his life and is still unconscious.

Police have arrested one perpetrator Md. Shafiqul Islam in connection with the deadly assault.

BDMW has requested a grant of monetary relief to the Hindu school teacher with immediate effect.

Hindus, especially in teaching professions, have been the target of hate campaigns for long in Bangladesh as they are considered intellectual influencers. Earlier, a  Hindu headmaster was beaten up in public for ‘blasphemy against Islam‘ even though he was found innocent.