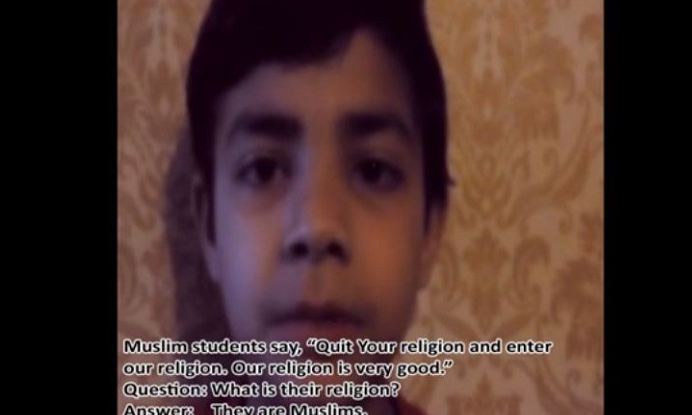 Some 7-months back news broke out that Pakistani Hindus are under duress again after an alleged blasphemy was committed by a Hindu teenager.

The Muslim leader alleged that the Hindu boy hurt the religious sentiments of the Muslims by posting ‘highly controversial’ posts on his Facebook account beginning 30th July. Following his complaint, the boy was arrested by the Pakistani police on July 31st, 2018.

A case was filed under Section 295-A of the Pakistan Penal Code and if found guilty he could be spending no less than 10-years in jail and if found not guilty, again, there is no way that he will be released any time soon because a claim as serious as insulting Islam, even if false, means a death sentence.

Let us not forget that the Pakistani media is still eerily silent when it comes to following up on the case of Prakash, another Hindu man who is a victim of blasphemy charges. Apparently, he was accused of sharing a highly blasphemous post and was nearly lynched to death notwithstanding that he had allegedly shared a meme widely shared among the Muslims in Pakistan. But since he was a Hindu, how dare he share the same meme?

In the case of Parachand Kolhi he was sent on a 14-day judicial remand as the situation boiled over and Muslims came on streets demanding that he be handed over to them.

What was the ‘blasphemy’ he committed?

The residents of Mirwah Gorchani will say that the accused was upset after his teenage sister had embraced Islam a few days before the alleged blasphemy. What they are likely not to tell anyone is that Parachand was fighting to get back his sister Ganga who he kept saying was raped and forced to convert to Islam. Ganga became Ayesha and was forced to break all ties with her family. Parachand was trying to get Ganga back and was being threatened by the locals at the behest of Mohammad Anwar Soomro.

The blasphemy that Parachand allegedly committed was reportedly posting a picture of Indian Prime Minister Narendra Modi while asking for justice. It is a possibility that his account could have been hacked into as well but no one cared to investigate the angle.

In India, while people are openly asking and debating whether Imran Khan should be getting Nobel Peace Prize, a Hindu in Pakistan cannot even post a picture of Modi without getting the label of a traitor or a blasphemer and in either case, his fate is sealed.

One more aspect to this strange story is that there is no clarity whether he even posted the picture. There have been cases, where Pakistani minorities have merely been accused as happened in the case of Asia Bibi and have to face the fire without any investigation.

Ganga is not the only case, 11-year old Monika Luhano, a student of class six, was abducted by four men from her own home on the day of Jumma in the month of October 2018.

The family went to the Hala police station and registered an FIR on the complaint of her brother, Pushpal Luhano, who named Mushtaq Mahar, son of a government school teacher Sabit Ali Mahar, and three others in the FIR.

This child was abducted from Hala, Sindh after the Muslim men were reportedly egged on by the local clerics.

Pushpal Luhano told local Sindhi papers that Mushtaq and his three accomplices forcibly entered their houses abducted Monika while warning that anyone who would resist would be shot dead.

Mushtaq was already stalking Monika before he made the move to kidnap her.

When the Hindu community protested in Matiari, local Sufi peers took out a protest against their protest.

In Mirpur Mathelo, Bharchundi Peers took out a rally armed with Islamic flags saying that since she converted to Islam, hence no one can take her back. That Monika is barely 11 years of age did not cross his mind.

We don’t know what happened to Monika or how her family lives there anymore what we do know is that most girls do not get to see their families.  Pakistani media personnel do not take interest in following up these cases or perhaps they are too afraid to take on the ‘state’ actors that enjoy as much patronage as the ‘non-state’ actors. Several who do take some interest do their job by posting on social media which delivers zero results when it comes to social justice.

Hate for non-Muslims is part of the schools

Strange it may seem considering people like Imran Khan secularize Mohammad Ali Jinnah and selectively use the words of this Muslim leader to tell the gullible that Pakistan is for all. But the very foundation of Pakistan is the Two-Nation theory that inherently means that Muslims and non-Muslims (Hindus) are two different states. Prof. Anjum James Paul has worked on how the non-Muslim children are becoming victims of their Muslim teachers and classmates and the video below shows it well:

So in my view, even the Minister Fayaz-ul-Hasan Chohan is nothing but a victim of the hate that is preached to every child in Pakistan. And so is Imran Khan when he eulogizes over a plunderer like Mahmud Ghaznavi. More Imrans and Fayazs will be born because the root cause of hate lies in the books.

Non-Muslims like Parachand Kolhi, Ganga and Monika are victims of state policy and sadly there is no ‘ummah’ that could even as much as raise their voice.