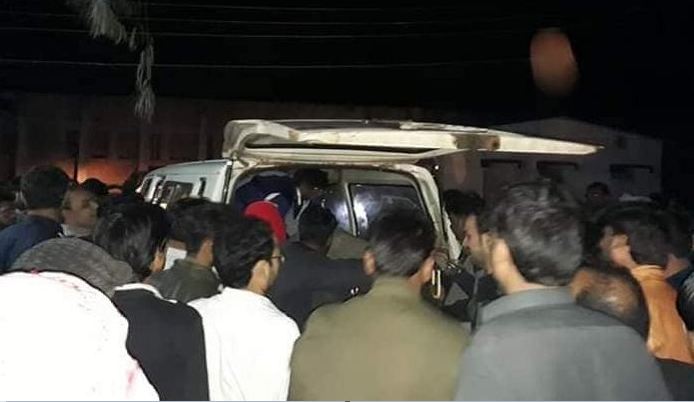 A Hindu man named Chander has been shot dead in Ranipur, Sindh yesterday. Hindus have long been victims of targeted killings.

Chander was killed right outside his home.

The murder comes close on the heels of several provocative comments by senior Pakistani politicians who have been abusing and threatening ‘Hindus’ for the Balakot operation done by neighbour India. In the most recent case, Fayaz-ul-Hasan Chohan, Minister of information and culture in Punjab referred to Hindus as those who drink cow urine and are idol worshippers. Hindus have been called ‘dogs‘ on TV and all of it has been brushed under the carpet.

Incidentally, the attack comes close after the surgical strike in Balakot. During the earlier strike too, several Hindus took shelter in India after facing grievous persecution in Pakistan.

In February, 9-year old boy Vishwas Kumar Bagri of Sindh was brutally raped by Khaleel Dil, a local Muslim. The victim kid was admitted to a hospital as he was in severe pain and trauma.

This is not the only time when the sexual abuse of a young Hindu child has come to light.

Pakistani Hindu men have been victims of severe religious persecution but rarely do they get heard and rarely does India voice her concern over the persecution either. This is in stark contrast to the way Pakistani establishment gulps down anti-Muslim news.

Pakistani social media commentators do take notice of such news as it helps them gain social media followers but rarely does it translate to reporting as it is considered against the interest of the state.

Update: Minister Fayaz-ul-Hasan Chohan has resigned over his abusive remarks against the Hindus. Earlier, too he had used vulgar language against Pakistani artist Nargis. Following the threat of a legal action by Nargis, he tendered an apology.