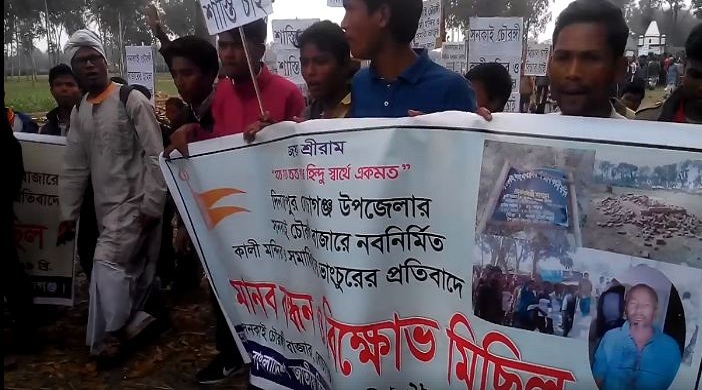 The mob was led by Mohammad Abdullah Bachumiah and a school teacher named Mohammad Shafiqul Alam. The mob first attacked the graveyard and then went after the Temple and the houses of Hindus. Hindu shops and businesses were attacked by the mob while chanting ‘Allah-o-Akbar’ and ‘Catch Malaun.’

Stone pelting on Hindus and their properties also happened due to which eight Hindus received grievous injuries.

Bangladesh Minority Watch sent a team to assess the ground-level situation. It later said “that the Right to religion for all communities should be guaranteed. Discrimination to religious minorities should be stopped.”

Bangladesh is a conservative Muslim country. Even prominent Hindu personalities like Bangladesh national team cricketer Liton Kumar Das ended up receiving abuses for posting a Durga Puja greeting in 2015 on his Facebook page as Bangladesh is Muslim-majority.

Following the backlash, he removed the picture.

Due to rising persecution, Hindus have been forced to find refuge in neighboring India.