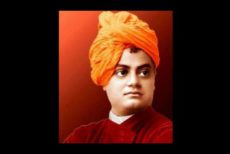 On 1st October I woke to an exciting uncle of mine on mobile telling me he discovered rare footage of Swami Vivekananda. While I was at it, he told me he had already shared on Facebook, WhatsApp and also in an email to his friends. He wondered why ‘biased’ media does not cover such important […]

Internet & Mobile Association of India (IAMAI) on behalf of its members has agreed to observe the “Voluntary Code of Ethics” during all future elections including the ongoing General Elections to the Haryana & Maharashtra legislative assemblies and various bye elections being held simultaneously. IAMAI and social media platforms Facebook, Whatsapp, Twitter, Google, Sharechat and […]

Television actress Kavita Kaushik has finally bid goodbye to social media platform Facebook as her morphed nude pictures and bickering friends made it unpalatable for her. In her final post Kavita Kaushik wrote: “Facebook is a time guzzling monster where friends seem to be arguing strangers, colleagues seem to be political party candidates preparing to take […]

Indian government took major steps with regards to the data breach storm which has engulfed Facebook and Cambridge Analytica. On 23rd March 2018, it issued a detailed press note telling the citizens what it thinks and what it is doing to ensure the privacy of the populace. Take a look at the statement: There have […]

Delhi based citizen group ‘My Delhi Keep It Clean’ has got the award for promoting voluntary efforts to clean public places effectively using Facebook, in the Self-Help Group category. Fertilizer Cooperative, KRIBHCO will be conferred the Swacchata Award tomorrow by the Ministry of Housing & Urban Affairs on the occasion of the third anniversary of […]

Two Hindu men were arrested for commenting on a Facebook post in Bangladesh. The men in question belong to Bangladesh Ansar-VDP and their names are Kumar Mondal and Ramesh Roy. They have been arrested on the charge of insulting Islam in their Facebook account. It is being alleged that when both the victims were serving […]

An Arab-Muslim alternative to Facebook could come around soon. The Middle East Media Research Institute (MEMRI) has reported that a Social media expert Ziad Alshobaki has recently proposed the establishment of a new social media network for Arabs and Muslims to compete with Facebook. This statement was given after several reports suggested that s sort […]