A Hindu girl named Komal Meghwar aged around 14 was kidnapped from Golimar, Karachi and converted to Islam. Her family is from Tando Allahyar.

Karachi is the capital of the Pakistani province of Sindh and it is this region where maximum Hindus still live.

The Hindu girl’s conversion came to light on February 13th, 2019 as the news spread. 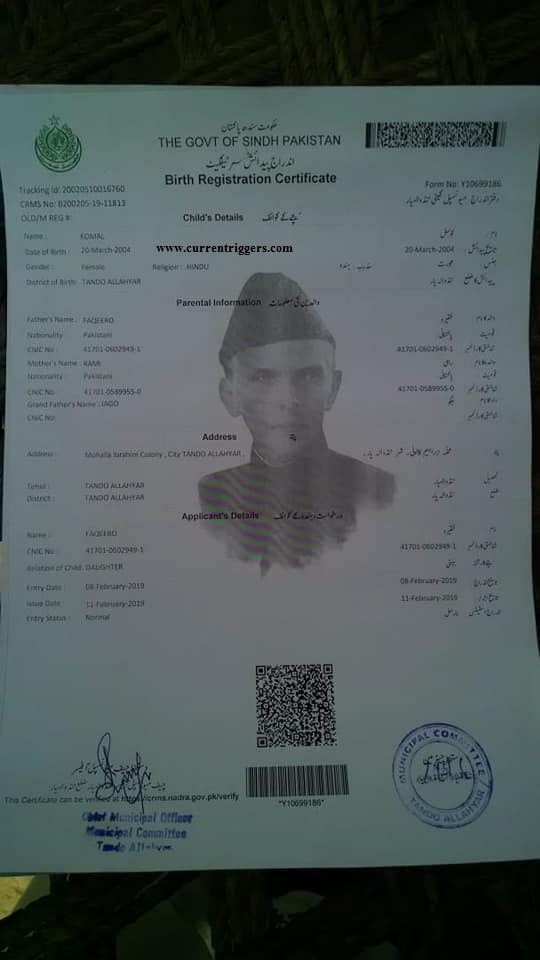 The local Muslim community is justifying her conversion claiming that she did it on her own as she is an adult aged 20. However, the National Database Registration Authority Govt of Pakistan (NADRA) clearly exposes their claims as it shows that her age is 14 years. In the above document, it is clear that this Hindu girl’s date of birth is March 20, 2004. 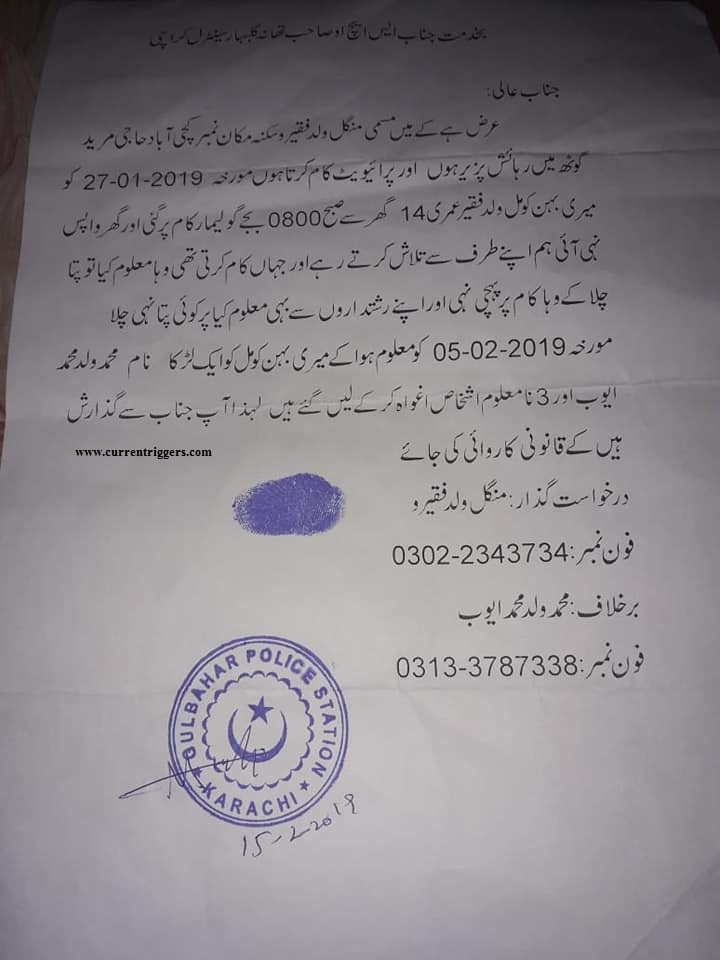 The local Police have sided with the radicals and her conversion is now almost unchallengeable. 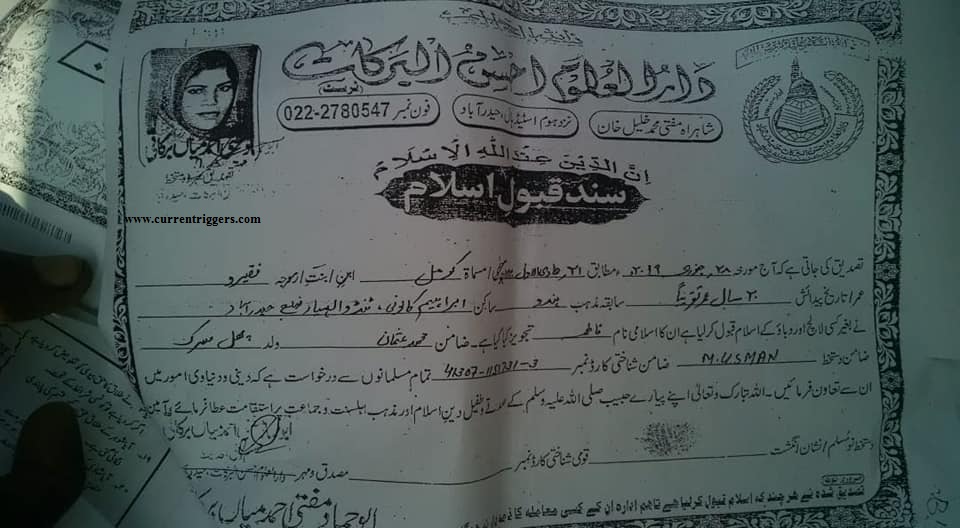 Earlier, several police officers themselves oversaw a massive program of conversion of Hindus.

Those Hindu girls who try to resist end up dead.

Pakistani Prime Minister Imran Khan’s ex-wife, journalist Reham Khan had also slammed the state of affairs in Pakistan when another Hindu girl child was kidnapped and forcefully converted to Islam in late January.

Due to poverty and lack of adequate education, the local Hindus often fail to report the conversion or take to legal or humanitarian assistance. Sexual grooming of underage Sikh and Christian girls in the UK was said to be going on due to ‘cultural reasons’ Sajid Javid, Home Secretary UK, who is himself of Pakistani background, told people in January. But rarely has this ever become a point of discussion in the media in the homeland.

Media apathy means that while their woes do rounds of the Pakistani social media sometimes, it rarely translates to solid reporting. Social media also fails to help Pakistani Hindus except for some social media stars who get their retweets or shares or perhaps some ‘followers’ but rarely does it achieve anything tangible for the community when it comes to ensuring human rights.  Due to constant religious persecution, Pakistan is seeing a Hindu exodus where thousands migrate to India every year.

Update: The picture of the girl child was removed after a request was made to us. We earlier had the oral permission to use the picture.