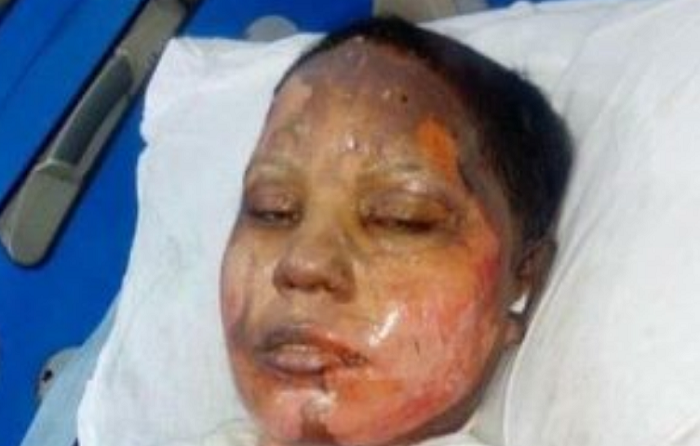 A Christian girl was burnt alive by a Muslim man in Sialkot, Pakistan as she turned down his offer of renouncing Christianity and marry him reported Pakistani publication, Pakistan Today. She has passed away on 22nd April while undergoing life-saving treatment.

The Muslim man named Rizwan Gujjar poured petrol over the Christian girl, 25-year old Asma, who was working as a domestic help at the house of one Saeeduz Zaman in Mohalla Pakpura area in Sialkot.

Pakistani Christians can even be put to death on the basis of religion: Christian Leader

Asma’s father Yaqoob Masih told in the FIR that:

“On April 17, my son Maqsood and I went to Zaman’s house around to meet Asma and to inquire after the health of Zaman’s mother. We were sitting in a room when there was a knock on the front gate. Asma went out to see who had come when after some time we heard her screaming in pain. Zaman, Maqsood and I rushed outside to see what had happened and saw the accused Rizwan Gujjar fleeing from the scene while Asma was engulfed in flames.”

Asma was at the Sialkot Civil Hospital and she has suffered 80 percent burns. She had told her father in the hospital that Rizwan was forcing her to marry him but she refused as she did not want to embrace Islam.

Irked by her refusal, Rizwan poured petrol over her.

For us people are either Muslims or kaafirs