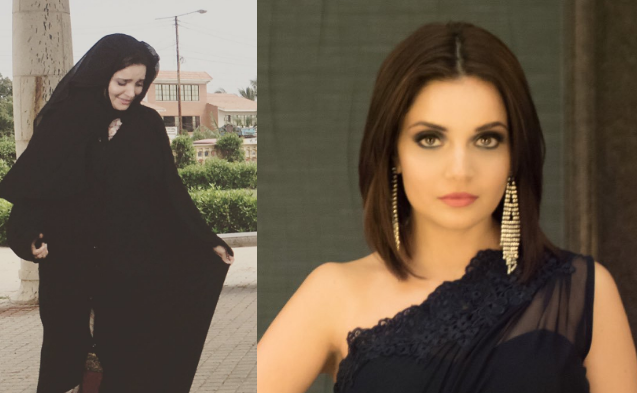 Sexual harassment even when you are in a modest garment like burka?

Pakistani actor Armeena Khan has explained how she was sexually abused in a burka joining the #MeToo campaign that has erupted ever since singer Ali Zafar was accused by Meesha Shafi of sexual harassment.

Meesha had hoped that her disclosure would help other women also break the circle of silence and would come forward and it has proved right.

Sharing this because I believe that by speaking out about my own experience of sexual harassment, I will break the culture of silence that permeates through our society. It is not easy to speak out.. but it is harder to stay silent. My conscience will not allow it anymore #MeToo pic.twitter.com/iwex7e1NLZ

Armeena Khan took to Twitter on Saturday and shared that she was sexually harassed in Lahore’s Anarkali Market even when she was donning a burka.

“I was in #Anarkali in Lahore in a burka (nobody knew who I was). I literally had my backside groped and breasts grabbed. NOT by one guy but by 2. Now, my family saw that and I asked them why? I was told it was a really common thing there. Did I deserve that? #Metoo #Horrified.”

Armeena Khan also wrote that this proves that this incident nullifies the oft-repeated argument that the clothes or celebrity culture is to be blamed for such sexual predatory behavior.

Takes out the whole celebrity and clothing argument.

How many regular women here have been wolf whistled/cat called at? Groped and touched inappropriately in crowded markets? Many won’t come forward because of shame. But this as an opportunity to come forward. This is about you now!

But the backlash was swift and many thought that this was a publicity gimmick. The critics swamped her timeline and she had to point out that this was not about her at all and also that she has no film promotions going on at present.

How many regular women here have been wolf whistled/cat called at? Groped and touched inappropriately in crowded markets? Many won’t come forward because of shame. But this as an opportunity to come forward. This is about you now!

Meanwhile, the sexual harassment charge against Ali Zafar has opened a major gulf with Ali saying that he would take recourse to legal forum:

But many believe that this issue can be resolved better by turning strictly turning to religion, like actor Hamza Ali Abbasi.

In any case, #MeToo is a very serious issue globally no matter whose side you are on. Ahh, only if we (including me) listen to what Quran said 1400 yrs ago "Tell the believing men to lower their gaze (not look at a woman with lust) and guard their modesty" QURAN 24:30

But the big question is that since he is an actor, then how would he be able to maintain the ‘gap’ with the opposite gender in an industry like his?

Random thought: With this entire #MeToo global epidemic on the rise, I am beginning to realise that ISLAM was right all along when it ordains gap between the 2 genders. So called modernism has brought us to a point where the line between flirting & harassment is insanely blurred.