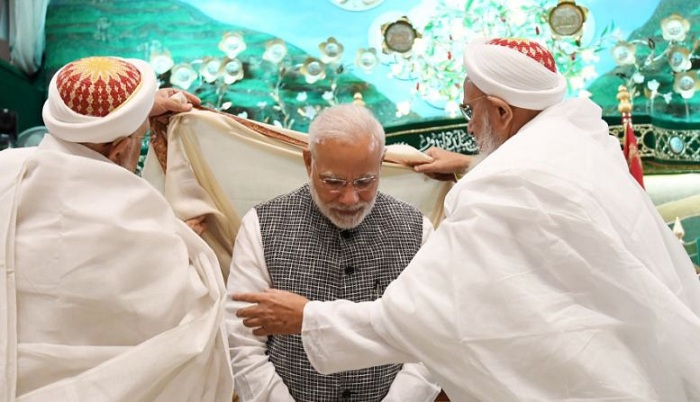 Muslim community feeling insecure in India? That has been the buzz after the infamous remarks made by Naseeruddin Shah. Shah’s comments were later used by Pakistani PM Imran Khan to malign India and to justify the bloody partition which led to murders, rapes, and exodus of millions of Hindus, Muslims, and others.

Imran Khan said that ‘Quaid (M.A. Jinnah) envisaged Pakistan as a democratic, just and compassionate nation. Most importantly he wanted our minorities to be equal citizens. It should be remembered that his early political career was as an ambassador for Hindu Muslim unity. His struggle for a separate nation for Muslims only started when he realized that Muslims would not be treated as equal citizens by the Hindu majority. Naya Pak is Quaid’s Pak & we will ensure that our minorities are treated as equal citizens, unlike what is happening in India.’

Imran Khan had the gumption to make these claims even as Hindu girls are routinely groomed for sexual perversion with the full backing of the state machinery. Worse, Pakistani Muslims, the world over, are seen with suspicion for their violence against non-Muslim women and men.

This has been the point which we at Currentriggers have raised for long, i.e., sexual grooming of non-Muslims is part of Pakistani culture!

He also admitted that a high proportion of men of Pakistani heritage involved in recent cases and that it would be wrong to dismiss the possibility just to be sensitive. A recent report by a Sikh group also condemns Pakistani Muslim of the UK for exploiting non-Muslim girls. But it helps to play deaf and blind, and Imran Khan has been a Cricketer who was just given a field day by Shah’s comments; he was sure to latch on to that and he did!

In a comment, he said that the ‘poor journalist asked a wrong question to Narendra Modi Ji during today’s interview, that Muslims are feeling insecure in India. Madam, please note, no Muslim is feeling insecure and no Muslim said that. So please don’t make your own story and blame Muslims.

Poor journalist asked a wrong question to @narendramodi Ji during today’s interview, that Muslims are feeling insecure in India. Madam pls note, no Muslim is feeling insecure and no Muslim said that. So pls don’t make ur own story and blame Muslims.

While he may be dismissive, yet the fact remains that comments by Shah were in poor taste and the journalist merely picked it up from there and merely reiterating the thoughts of a prominent celebrity does not mean she cooked it all up.