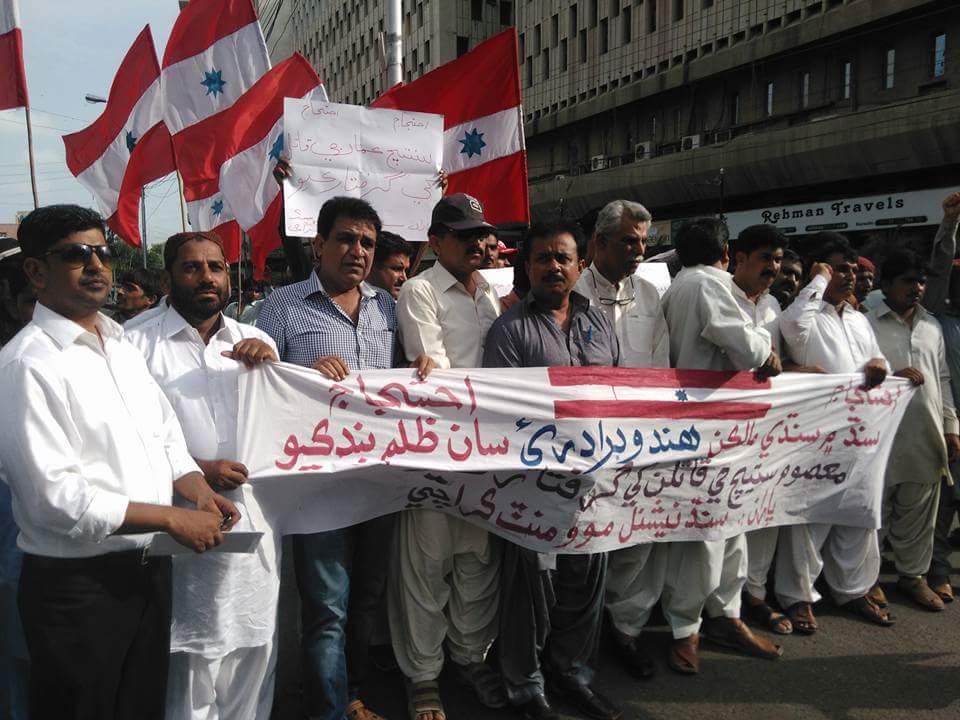 Sindh, July 28, 2016: Pakistani Hindus came out on streets to protest against religious extremism that has been unleashed over it after the allegations by the Bharchundi Sufi Peers that a Hindu man desecrated Quran.

The man in questions had converted to Islam 4-years back after being tired of rampant persecution and is said to be mentally unstable. But this has not been covered up by the media till now as they fear becoming a target of hate.

Sindhi nationalists are already condemning the violence against the Pakistani Hindus and the silence of the politicians who spared no minute to even talk about the atrocities as the Peers in question are powerful and have a sway over the common people.

The protest took place at the Karachi Press Club and the protestors demanded that the murdered Hindu boy, Sateesh Kumar, killers and those who stoned Raherki darbar be arrested as soon as it can be done.

Meanwhile, right now, the situation is still tense and the Peers and their men remain untouched by the law-enforcement agencies fearful of a possible backlash.

It has also been reported that the Muslim mob chanted the slogans against the media with the prominent one being:
“‪‎Media‬ wara ‪‎Hindu‬ ja Hami sub Harami.”

So far no top voice has emerged to condemn the violence against the Pakistani Hindus.