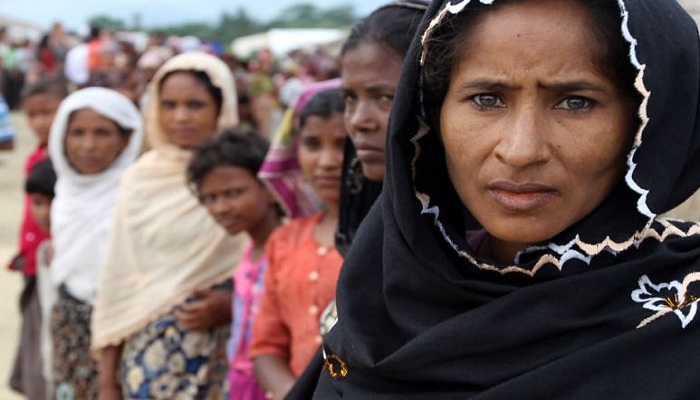 Near the River Yamuna at Okhla, a small community of Rohingya Muslims live. These people, have escaped from Myanmar with almost nothing to call as ‘belongings.’

But now, for this bunch, India is where their heart and home is.

Rohingya Muslims are in a feud with the Myanmarese establishment and are considered a persecuted community. However, recently violent attacks have been undertaken by Rohingya Muslim militia and doubts have been raised over their connections with Pakistan-based terrorists.

Even impoverished, but for Rohingya Muslims in India, this is way better than the life they had in Myanmar where they had no opportunities to either buy land or to get an education, says a BBC report.

Ali Johar, a Rohingya Muslim refugee, who took refuge with five other members of his family in 2012 and is now studying in the Delhi University, says that India is secular which was not the case with Burma/Myanmar. He further said that we live in difficult circumstances but despite being Muslims, Hindu brothers and sisters have supported us. We are happy and grateful to them for this.

Number of Rohingya Muslims in India

There are said to be more than 10,000 Rohingya Muslim refugees in India.

But many have come recently and are spread out in Indian states of Assam, West Bengal, Uttar Pradesh, Andhra Pradesh, Karnataka, Delhi and Jammu & Kashmir.

J&K Chief Minister Mehbooba Mufti had earlier told the state assembly in June this year that there are more than 13, 400 Myanmarese and Bangladeshi migrants living in camps in Jammu and Bathindi ka Plot has the highest number of Rohingya Muslims (686) in total. But many in the security forces fear their presence. Last, year two foreign militants killed by Indian forces turned out to be Rohingyas. But what was indeed surprising was that the government revealed this year that no less than 14 Rohingya Muslims married local Kashmiri Muslims and 10 others were in jail for different reasons.

Rohingya Muslims and their Pakistan connection

Many do not know but Rohingya Muslims wanted the merger of Arakan, a territory held by Myanmar, to merge with East Pakistan. When Myanmar gained independence in the year 1948, the Rohingya Muslims asked Muhammad Ali Jinnah to pressurize the British to assimilate Arakan in the East Pakistan. Jinnah had then refused, but Rohingyas adamant on their demand to be part of a Muslim state formed a Mujahid Party in 1948 and many manslaughters took place during the movement triggering a Myanmarese Army response leading to many Rohingyas migrating to East and West Pakistan.

But in 1971, Pakistani Army unleashed a heavy crackdown against Bengali Muslims and did not differentiate between a Bengali Muslim or a Rohingya Muslim, so many Rohingya Muslims who had gone to East Pakistan, hoping to live under a Muslim state eventually found their dreams shattered and lives destroyed. No wonders, they find India, a secular state with a Hindu-majority, much better. Anyone would.