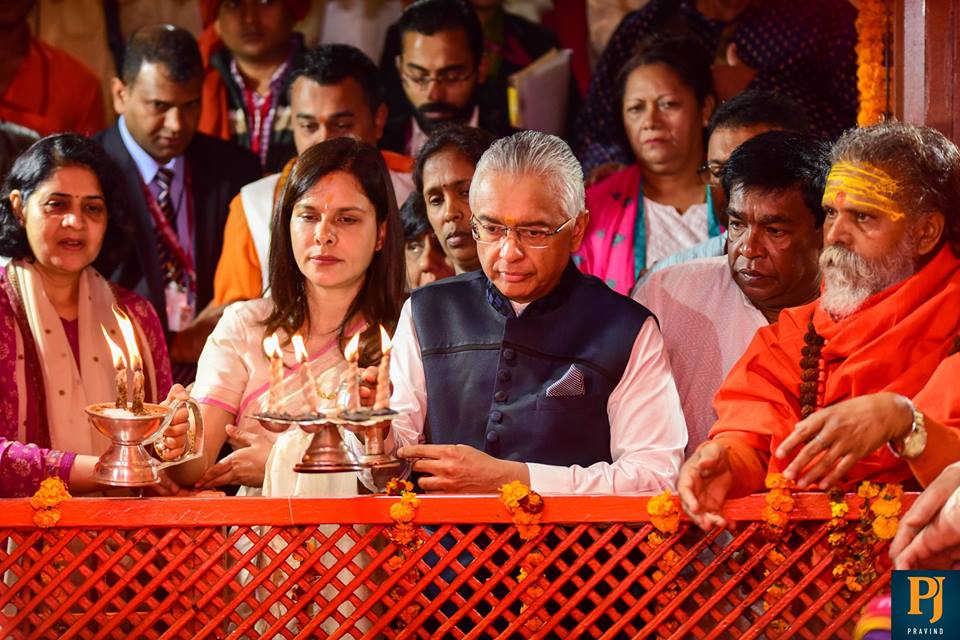 Prime Minister of Mauritius Pravind Jugnauth was in India on a personal visit and he also met Indian Prime Minister Narendra Modi on 6th December 2019.

Jugnauth who hails from the Militant Socialist Movement (MSM) stormed back to power with a comfortable majority in November.

His return to power is good news for the Indo-Mauritius ties as it would only get further strengthened. The ties, meanwhile, are already on an upswing ever since PM Mauritius took a holy dip at Sangam, Prayagraj Kumbh, on January 24th. His dip was crucial for India and cemented his stature in the eyes of the ruling Bharatiya Janata Party to a whole new level.

Importance of Mauritius for India

Mauritius is a vital partner for India and the importance of diplomatic relations is best weighed when other countries take a decisive stand for others. India showed this by voting in favour of UNGA resolution demanding that the UK withdraw from the Chagos Archipelago.

India has been strongly and openly expressing support for Mauritius on Chagos as long as we can remember.

Paul Raymond Berenger, the Deputy Prime Minister and Finance Minister of Mauritius when visited New Delhi between 6th and 12th April 2002, had even thanked India for the support on the Chagos Archipelago and also hailed India for her backing for ‘the Mauritian initiative to protect the vulnerable small island states.’

Interestingly, BJP was in power at that time as well!

Pravind Jugnauth’s father and former Prime Minister of Mauritius, Anerood Jugnauth, is still fondly remembered for his active role in building ties with India not just for the sake of diplomacy but culture as well.

During The International Gita Mahotsav at Port Louis, Mauritius, in February 2019, Anerood Jugnauth happily suggested that the cultural relations between India and Mauritius would only get strengthened. He couldn’t have been more right; from jointly inaugurating Metro Express and ENT hospital, the PM’s of the two countries have taken the ties to a new level. Under the newly elected PM Pravind Jugnauth, we can only expect smoother ties and this benefits the population and the economy of both the countries.