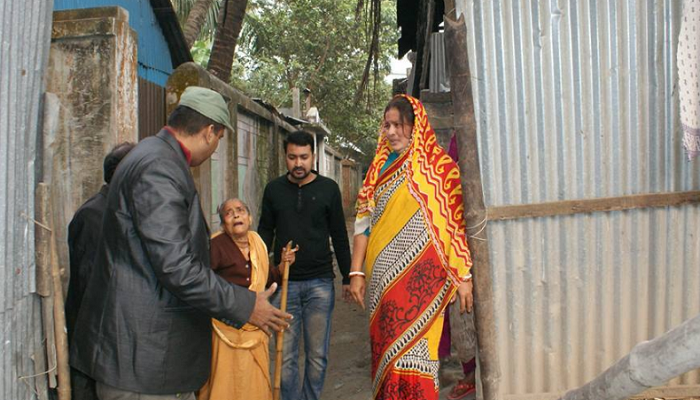 A house belonging to minority Hindu family was forcefully occupied by neighboring Muslims on 13th of January,2018 at Nagar Joar of Sonargaon Upazila of Narayanginj District, Bangladesh.

A Hindu man Liton Saha submitted an appeal to Bangladesh Minority Watch (BDMW) requesting to save their house from the clutches of Muslim perpetrators namely:

Bangladesh Minority Watch has reported that the Muslim perpetrators, with the help of local Union Parishad Chairman, trespassed into the house of the complainant Liton Kumar Saha (owner of the house) and demolished the structures and even desecrated their personal puja house, damaged utensils and other valuables, looted movable properties amounting to Taka 1 lakh fifty thousand, and forcefully occupied their house and lands without any lawful authority. 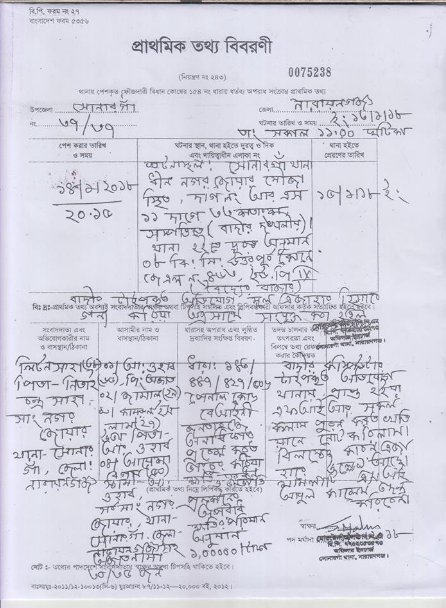 Bangladesh Minority Watch Human Rights team along with Hindu Mohajote visited the spot at village Nagar Joar and with the help of local Police BDMW was able to restore the house of Hindu victim and the two perpetrators have now been arrested by police.

The joint team also visited police station on 13th of January 2018 and approached the Officer in Charge of Sonargaon for taking necessary steps for crime against the forceful occupation of lands and building belonging to Hindus of Sonargaon area.