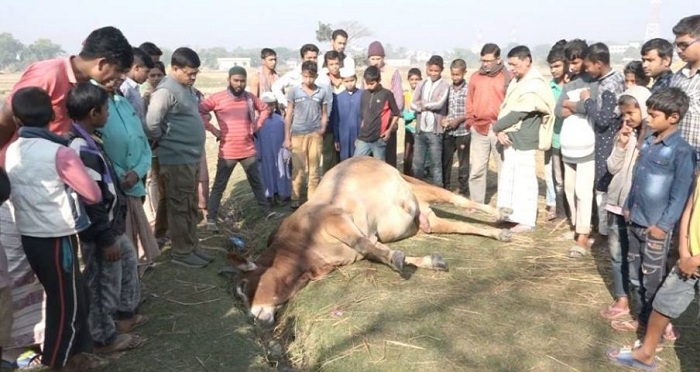 On January 6th, the Hindus of Bangladesh woke up to the news of the murder of a Bull.

Bangladesh’s Hindus consider Cows and Bulls as part of the Hindu religion and their reaction was natural.

This Bull was also special. He was a peaceful sentient being who used to sit outside the Kal Bhairo Mandir of Brahmanbaria district and Hindus including women and children used to feed him with their offerings. His peaceful nature also attracted the local Muslims.

But someone allegedly fed him poison and as soon as the news broke out, the Hindus were left stunned. The Priest of the Kal Bhairo Mandir said that this Bull did not harm anyone, then why was he killed? Demanding an inquiry, Hindus are calling it nothing but a hate crime as Hindus held the being very dear.

Hindus are the second biggest religious group in the Brahmanbaria district and yet they themselves faced a harrowing time when they were attacked by Muslim men and women during the darkest Diwali ever on an alleged blasphemy which was later found to be a false allegation.

When asked about the investigation details and whether anyone has been arrested, a Bangladesh’s activist, on the condition of anonymity, called my demands a little too high since even the Hindus themselves do not get justice in case of hate crimes.

Gobinda Chandra Pramanik, Secretary General of Bangladesh Jatio Hindu Mohajote (Bangladesh National Hindu Grand Alliance) expressed his sadness over the murder and said that the Hindus are angry as well as sad on this incident.

Pramanik in a statement to me said that the ‘Hindus of Bangladesh have suffered mentally in this matter.’

The Hindu leaders have urged the administration to investigate the matter. The Hindu Mohajote has already demanded a fundamental condemnation of this ‘foul assassination’ and has demanded ‘an example made of the perpetrators’. 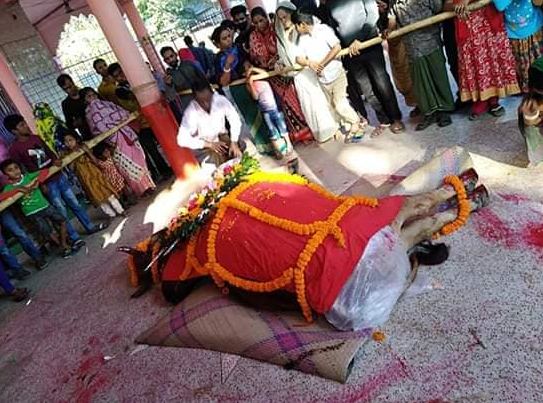 But the Hindu community did come together to bid farewell to the Bull. He was given a proper Hindu funeral. But the justice? That seems to be too much to even ask.

Due to religious persecution, Hindus of Bangladesh have been forced to take refuge in India.