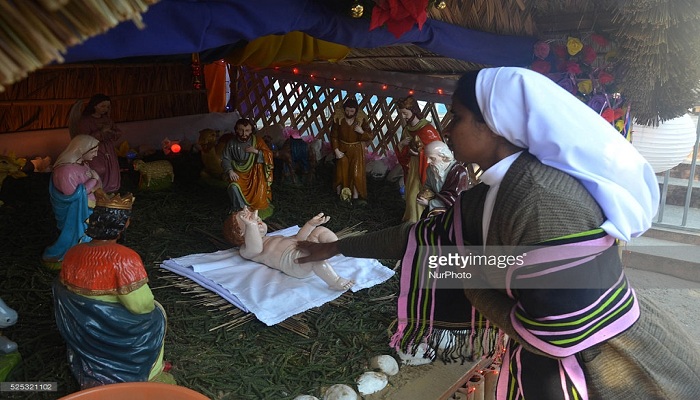 Nagaland BJP has requested Prime Minister Narendra Modi to shift the observance of ‘Good Governance Day’ on any other day as it falls on Christmas.

Nagaland State BJP president Visasolie Lhoungu wrote a letter of appeal that Nagaland should be allowed to shift the day of Good Governance Day. The Central leadership has already allowed the state unit to observe the Good Governance day on any other day but the BJP Nagaland wants that exemption to be extended to all of Nagaland.

Christmas or the Good Governance Day?

Earlier several Christian leaders had requested the Nagaland Chief Minister to not hold the Good Governance day as it falls on December 25. A press statement said by eminent personalities like Z. Lohe, advisor and convenor NTC Dr. SI Tushi, president Nagaland Senior Citizens Association and Dr. Vinito Chishi and president Sumi Hoho Kohima had said that a memorandum for this was presented to the Chief Minister.

Later, the Nagaland CM T R Zeliang on Sunday said that the observance of the ‘Good Governance Day’ will hurt the sentiments of the Christian community which eagerly awaits this day every year.

Zeliang had written to the Prime Minister on December 12 to notify him of the objections he had received on the observance of the ‘Good Governance Day’ on Christmas. He also said that if this was not possible then Nagaland must be exempted from the obligation to organize any official functions on 25th December.

For now, the central government has decided to undertake 100 days Good Governance campaign beginning from 25th December but it is likely that Nagaland may get exemption soon.

Christmas is a major festival of the North East and even most turmoil hit regions see peace and festivity during this time like the Christians-dominated Mizoram recently signed a ceasefire agreement with Manipur-based terrorist outfit Hmar People’s Convention-Democratic (HPC-D) so that people of the state can enjoy the day.

Is there a saree ban in Manipur?