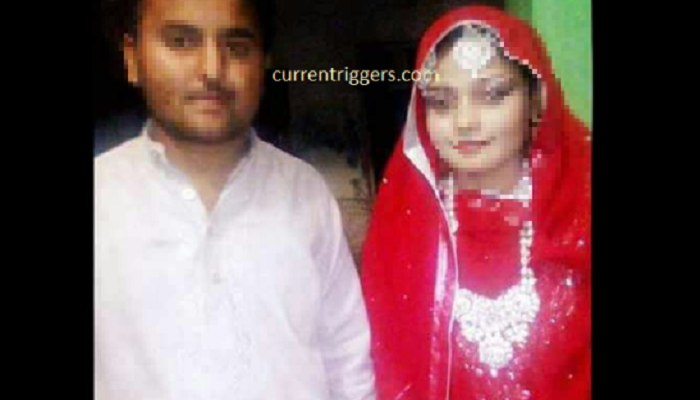 It was dubbed a ‘rare show of tolerance’ by Pakistani papers like Dawn.com which gleefully reported that the Hindu parents allowed the daughter, Manisha Khatri to marry her childhood friend Mohammad Bilal Qaimkhani.

Incidentally, the Hindu family of homeopathy doctor Gordhan Khatri and Muhammad Yousuf Kaimkhani were neighbors and friends in Hathungo town which is near Khipro, 70 kilometers from Sanghar, Pakistan. The Nikah happened in August of 2016.

When Gordhan Khatri found her daughter Manisha’s wish to marry Bilal, he agreed instantly and got her converted to Islam by Maulvi Abdul Ghaffar. The same man later solemnized the nikah of the two. Such was the happiness of the groom’s father that he told Pakistani newspapers that “he highly appreciated Dr Gordhan’s large-heartedness and confirmed the conversion and the nikah” much to their delight.

Hottest Khan Girls of India, do you know them?

Pakistani Hindus have long complained that their daughters are getting abducted and forced to convert to Islam. In the light of such cases, a Hindu family converting their daughter willingly was indeed ‘breaking news’ for both the Indian and Pakistani newspapers and many covered the news. But sadly, none bothered to follow-up with what happened after the wedding.

So what happened after the wedding?

A source close to the family told Currentriggers.com said that as soon as Manisha got married she started facing domestic abuse at the hands of her husband and his family. When bruises and beatings increased, Manisha fled to her Hindu parents’ house. The father reportedly said that the family of the boy was demanding a car and some property. It is notable, that the Hindu family had reportedly already given 5 million as the dowry as was desired by the groom’s family. The Hindu family tried to first arrive at some kind of compromise since the two were allegedly believed to be in love but the groom’s family did not agree and eventually, the marriage was dissolved and a divorce was granted.

Are Hindus ready for a female Shankaracharya?

Here is the controversy

The girl Manisha had converted to Islam, so she can only marry a Muslim man from now on. After conversion, one cannot take any other religion as apostasy can lead to murder and severe persecution in the conservative Muslim nation.

Her father, Gordhan has assured the locals that Manisha will remain a Muslim and, at present she is teaching Muslim children Islamic literature at a local Madrassa.

This Hindu actor converted to Islam for love, but now faces rejection

Journalist Asad Chandio from Sindh condemned the atrocities on Manisha. He said that in Pakistan there is a trend to convert Hindu kids and make them Muslim at all cost even if it means using ‘love as bait.’ He also said Manisha’s father is at fault for not understanding this mentality which is prevalent all across Pakistan.

He also said that the Hindu children are considered inferior and therefore not worthy of humane treatment and hence, the fate of Manisha, even though she is now a Muslim like any other.