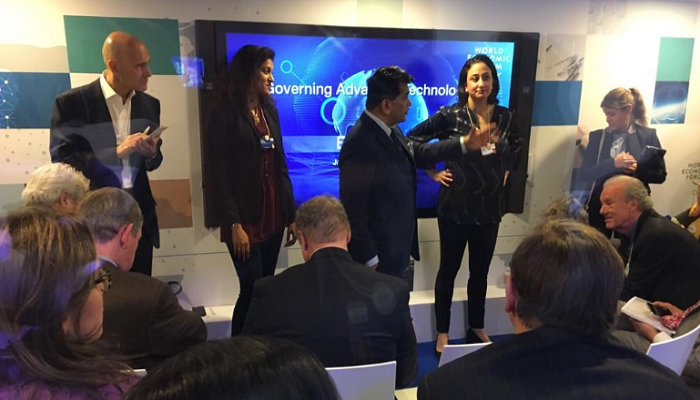 Amitabh Kant, CEO of Niti Aayog, recently participated in a session on Governing Advanced Technologies: Blockchain. He was there with the Prime Minister Narendra Modi and was participating at the World Economic Forum.

Talking at the session, he highlighted how Blockchain technology can make a difference to India.

He told the audience that in context of India, the number of pending cases in courts can be brought down and registering property can become transparent and easy.

Kant said that Blockchain technology can eliminate the 3 crore cases pending in Courts in India and also wipe out the 40 Lakh cases relating to land and disputes. Land registry on the Blockchain will reduce litigation and knock out corruption related to land.

He called for making an “Indiachain” – an India specific Blockchain architecture.

Kant when participating in a session on “Operating Models of the Future of Consumption” in Davos also said that the impact of disruptive technologies like the artificial intelligence and Robots. He also highlighted the need for flexible, resilient and adaptable workforce.

He said that ‘the future is digital, not physical and mobile based.’

This technology is also behind the virtual currency Bitcoin, which is seen with suspicion in India.

Full statement from Finance Ministry on Bitcoin and other virtual currencies