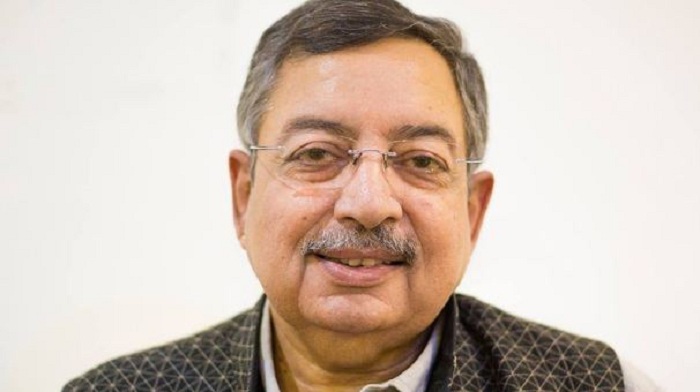 Vinod Dua who had earlier expressed anger at a lewd joke directed at her daughter Mallika Dua by Bollywood star Akshay Kumar has now been hit by the Me Too Tsunami which has exposed many. The senior journalist who has worked with several news channels and magazines has been accused of sharing dirty joke with a the-then fresh graduate and present-day filmmaker Nishtha Jain. What is even more ironic is that the daughter of Vinod Dua is also supporting the Me Too movement.

Here is what Nishtha Jain wrote about Vinod Dua:

“It was June 1989. I still remember the day because it was my birthday. There was extended family at home and mom was preparing for a little celebration in the evening. I was a recent graduate from Jamia Mass Communication Centre. I put on my favourite saree and left home with a fair amount of confidence for a job interview with a famous TV personality who had had a very popular show called Janvani. He was starting a new gig. It was supposed to be a political satire and I was interested. I was greeted with his typical sardonic smile. Before I could settle down he began telling a lewd sexual joke in that soft voice, barely opening his mouth. I don’t remember the joke but it wasn’t worth a laugh, just dirty.

I felt hot in my face and I sat there most probably with an angry look. He explained the job and asked me what my expectations were and I quoted an amount that most graduates were getting at the time – 5,000 rupees. He looked at me and said, ‘Tumhari aukat kya hai?’ I dont know what had hit me. I was stunned. What was this about? I had faced sexual harassment early in life but this sort of humiliation was a new experience. By the time I reached home I was in tears. My birthday was ruined. I did tell my brother and friends about it.

Soon after, I got a job as a video editor in Newstrack. I don’t know how this man learnt about it. He had friends in my office who would inform him when I would be working late. One night as I came down to the parking, he was there. He said, he wanted to talk to me and asked me to enter his car – a black SUV/Jeep, I don’t remember the make as I’m not into automobiles. Assuming that he wanted to apologise for his behaviour, I entered the car but before I could even settle down he began slobbering all over my face. I managed to get out and get into my office car and leave. I spotted him again in the parking in the coming nights and would go right back and wait till someone was ready to leave along with me in the office car. After a few days he stopped stalking me. The man was Vinod Dua. When I read about his outrage against Akshay Kumar’s sexist words to his daughter Malika Dua, I said to myself he’s obviously forgotten that he was no less sexist, no less misogynist, no less creepy a sexual harasser, potential rapist. If he did to me, I’m sure he would have done it to other women. Today, he does programmes explaining the world what constitutes sexual harassment. He should stop everything and look into his own shady past. I saw him on a thread which was expressing outrage the false accusations against Varun Grover.

I could see what his mind was cooking up when stories against him spill out. I won’t be surprised if he denies. He’s always been an opportunist. Sorry, Malika Dua, your father is also one who belongs to the hall of shame.”

Twinkle Khanna is an ’embarrassed wife’ by Vinod Dua, see her retort

Vinod Dua has not issued any statement on this issue so far.

It is to be pointed out, that several other journalists have also been hit with the ‘Me Too’ and have had to resign from their posts. What fas fate in store for Vinod Dua?