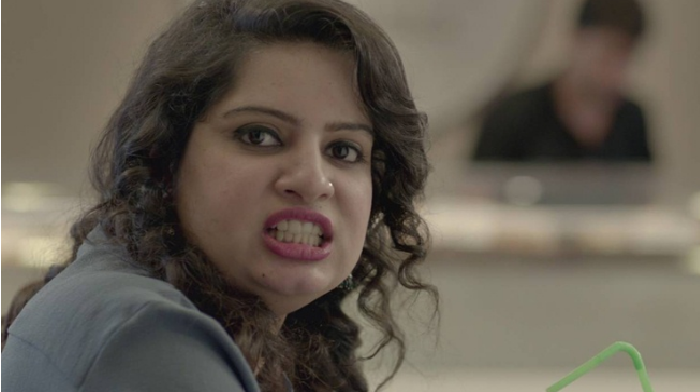 After Vinod Dua, was found in the Me Too soup after filmmaker Nishtha Jain named him in a lengthy post, his daughter Mallika Dua took to Twitter and addressed Nishtha by telling her that she shouldn’t have dragged her.

She also called out Bhakts and RW Trolls and asked them to F*** off.

Mallika Dua also said that while she will stand by the Me Too Movement, yet it would be wise to not force women to give statements for entertainment. At last, she cleared that this is her dad Vinod Dua’s battle and she will let him fight it and also that Mallika is with his father Vinod Dua in it. 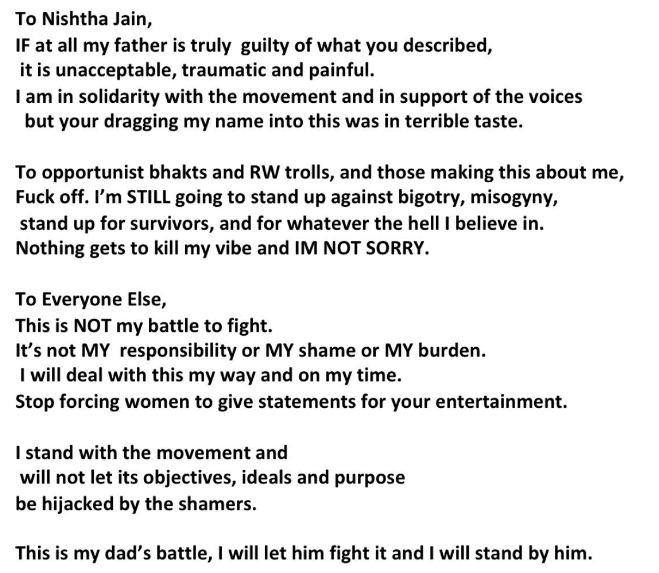 Find out what Nishtha had written about Vinod here

I will call innocuous joke by Akshay Kumar as workplace harassment, my father will also speak up for me and that's all okay but people asking me about my father : F*CK OFF https://t.co/0OOEkB3qvv

In first 2 paragraphs, you stand with the #MeToo movement but in the last para, you suddenly stood with your dad!
Itna fast U-turn to Kejriwal nahi leta😂

Anyways, thanks for bringing out that feminism is merely your facade which is thrown in trash when your dad’s name surfaces