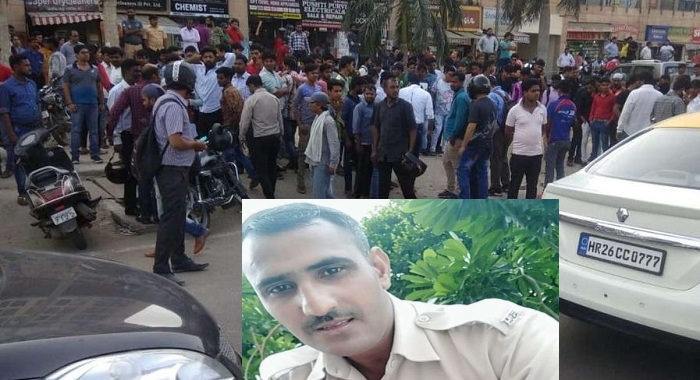 I shot your wife and son. Now, go and see them.

With these chilling words, the call ended and so did the world of additional sessions judge Krishan Kant who was then with another judge at the Gurugram district court. The caller was a head constable 32-year-old Mahipal who mercilessly slaughtered judge’s wife Ritu and his 17-year-old son Dhruv from the point-blank ranger near the Arcadia Market while onlookers took videos and pics, too scared to come near Mahipal.

While Mahipal has been arrested, he reportedly told people close to him that he has finally shot the ‘shaitan’ (Dhruv) and his mother (judge’s wife Ritu).

Officers told the Tribune India that Mahipal is constantly speaking about his recent conversion to Christianity and quoting from the Bible and saying that it was the duty of every Christian to kill the demons.

Tribune quoted the Commissioner of Police KK Rao as saying that “Investigations are on and we are still to know the real motive. Yes, he had been speaking about the Bible.”

While this case has turned out to be weirder than previously thought, a similar case from DeKalb County, Georgia should also be remembered in which a father ended up killing his own 5-month old son due to fatal beatings. He told the court that he was merely following the Bible.

Benjamin Edetanlen was sentenced to 18 years in prison for the murder in 2012.