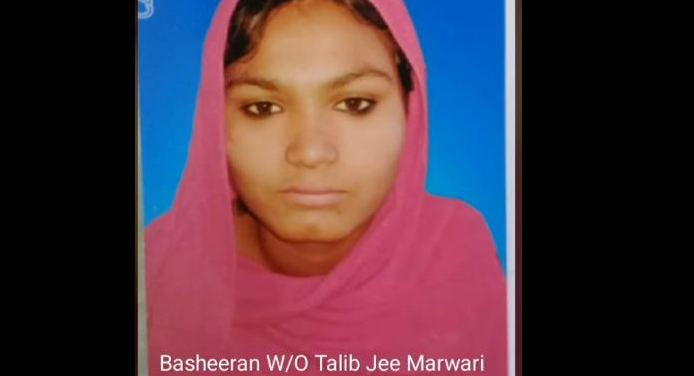 A pregnant Pak Hindu woman named Basheeran, married to Talib Jee Marwari, has allegedly been kidnapped and converted to Islam.

The kidnappers Saleem Sheikh and Mashoque Sheikh allegedly converted the woman who belonged to Saleh Putt, Taluka Rohri, District Sukkur, Sindh, Pakistan about a month back.

In the video shot by an activist named Ashok Kumar of Pakistan Minorities Teachers’ Association (PMTA), the father-in-law of the pregnant Pak Hindu woman, Hamen Jee, says that there are now threats to his family from the influential kidnappers.

Hamen said that the ‘Muslims picked up the pregnant Hindu woman and made her Muslim.’

The abducted woman’s husband is not keeping well and the kidnapped Hindu woman is said to be somewhere between 5 to 6 months pregnant.

Hamen Jee also said that the Police did not cooperate with them as they are poor.

Due to religious persecution, most Pak Hindus have been forced to migrate to India.