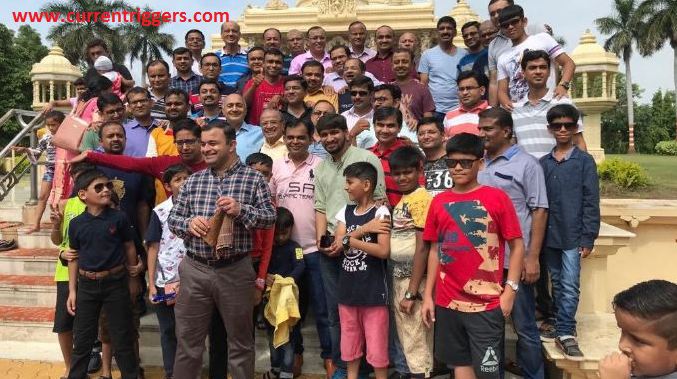 Migrant Hindu doctors of Pakistan have made India their home.

On 12th August, early in the morning convoy of buses, cars and SUVs headed towards the Malsar village through Ahmedabad Vadodara Highway. Men, women, and children were in celebratory mood singing songs and cracking jokes with their family members and friends.

This was a group of more than 100 migrant Hindu doctors who along with their families, relatives, colleagues, and friends were heading towards the bank of the river Narmada to offer prayers in the auspicious month of Shraavana for the gift they have received.

These migrant Hindu doctors from Pakistan were coming together from different parts of Gujarat and Rajasthan and have recently got the much cherished Indian Citizenship recently after 8-10 years stay in India on the Long Term Visa (LTV).

They thanked Narendra Modi, Prime Minister of India, for this generous gift of Citizenship.

Prime Minister in union cabinet meeting of 13th July 2016 had announced many facilities to minority community of Afghanistan, Bangladesh, and Pakistan who have migrated to India due to incessant religious persecution.

Ministry of Home Affairs Govt. of India issued a notification on 23.12.2016 for delegation of power of citizenship to District Magistrates and State Govt. for speedy issuance of citizenship to eligible migrants.

On Sunday 12th August, the migrant Hindus from Pakistan gathered near Ashram Malsar 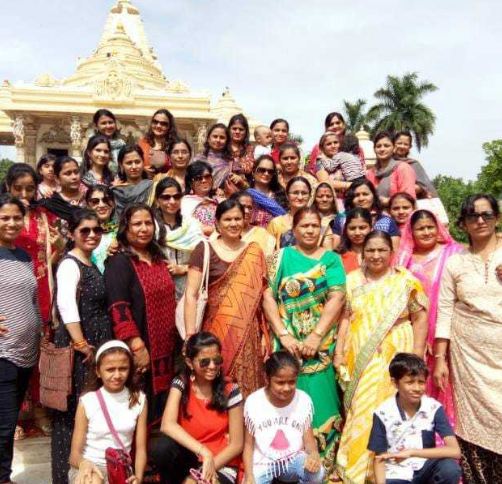 village on the bank of Narmada river at 9 am. Along with them were their whole circle of well-wishers who have supported them in their long journey of 8-10 years from migration till they got the Indian citizenship.

In a celebratory mood, they first bathed in the holy river Narmada.

Doctors and families also offered Pooja at the Temple and prayed to Bhagawan and Bharat Mata (Mother India) for good health, peace, and prosperity for all citizens and the country.  Doctors offered prasad at the Temple and distributed among all the pilgrims present there. Children played around in a serene atmosphere. 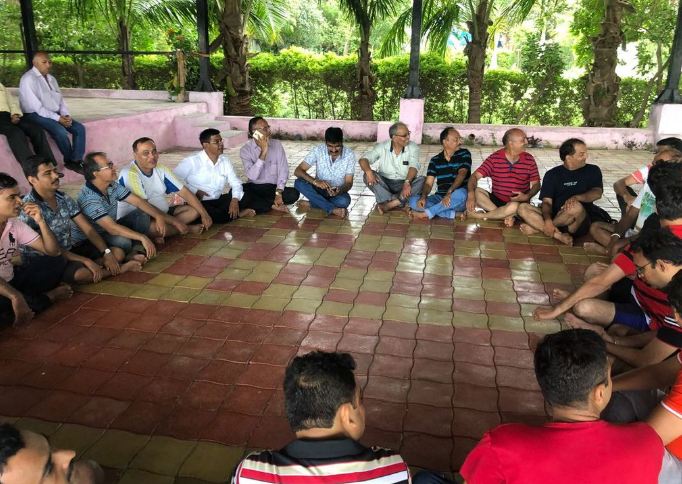 The migrant Hindu doctors started their meeting on a serious note. Program organizer Dr. Vikram and Dr. Harsh thanked all doctor friends for their strong participation in the program. Dr. Om told the gathering about the pending matter of permanent Medical Council of India (MCI) registration. He thanked Govt. of India for the facilities for rehabilitation of all persecuted Hindus and other minority migrants, who have entered into India on or before 31.12.2014.

Migrant Hindu doctors delegation had met with Union Health Minister J.P.Nadda at Delhi and Ahmedabad. The Minister had assured the doctors for doing the needful. 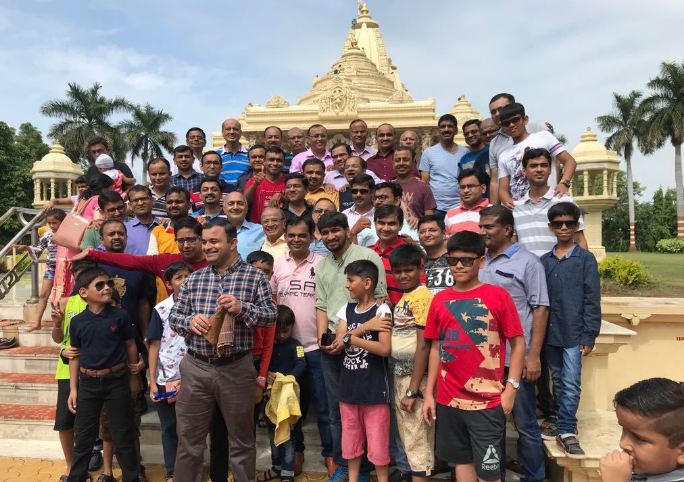 Migrant Hindu doctors delegation has represented their matter before the Joint Parliamentary Committee at the Parliament House New Delhi where more than 20 MPs, officials of MCI, Union Health Ministry, MEA, Law Ministry, MHA  were present. Lady doctor Darshnabai presented the case before lawmakers about the difficulties faced by migrant intellectuals and professionals. She said that migrant Hindu Doctors are not fresh graduates from medical colleges.  After graduation, they had been practicing in Pakistan with the registration of Pakistan Medical and Dental Council (PMDC) Islamabad. After coming to India they work in hospitals in India on MCI temporary registration for 8-10 years. During that period they learn local languages Hindi, Gujarati, Rajasthani, Marathi etc and subsequently become familiar with Indian Drugs, Medical Protocols, Laws etc. She requested that the doctors be given permanent MCI registration exempting them from screening test Foreign Medical Graduates Examination (FMGE), considering their Medical registration and practice in Pakistan and 8-10 years of practice in India.

They have been working in all big hospitals and with reputed doctors in cities of Ahmedabad, Vadodara, Rajkot, Jaipur, Jodhpur, Indore, Bhopal, Nagpur, Pune, Mumbai, and Delhi.

Children and Family members of these migrant doctors once again thanked Prime Minister of India for the citizenship and requested for the permanent MCI registration earliest – possibly this Diwali.

They wish of coming again to the bank of Narmada mata (Mother river Narmada) to offer gratitude.