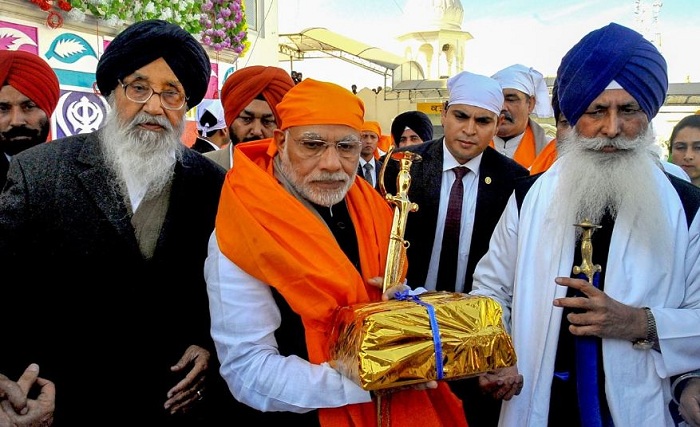 He said that he and his part are committed to implementing Citizen Amendment Bill. But he also said that he will consult with all the communities of the society.

During the meeting, PM Narendra Modi said that Congress failed to think about the minority Hindus and Sikhs of Pakistan due to which they are now being persecuted and forced to take refuge in India. He also said that Hindus and Sikhs have become totally stateless.

Here is what he said:

“Congress has a history of creating trouble. In 1947, the country was divided on the basis of religion but they failed to think about the minority in Pakistan. The persecuted Hindus and Sikhs are now taking refuge in India. They have now become stateless.”

He also said that he would like to tell every persecuted refugee that you need not fear. We consider you as Sons and Daughters of India and we will give you citizenship but, he said, that ‘we will throw out infiltrators.’

‘BJP is committed to bringing National Register of Citizens (NRC) in West Bengal like Assam. How much may Mamata Banerjee oppose this, we will ensure that each infiltrator is thrown out of West Bengal.’

In another rally at Darjeeling, West Bengal Amit Shah said that Gorkhas need not fear anything about NRC.

Gorkha sub tribes will be given tribal status in the country, and on NRC, he said is to target only infiltrators and not genuine citizens. He also added that will ensure implementation of NRC in the entire country. We will remove every single infiltrator from the country, except Buddha, Hindus, and Sikhs.