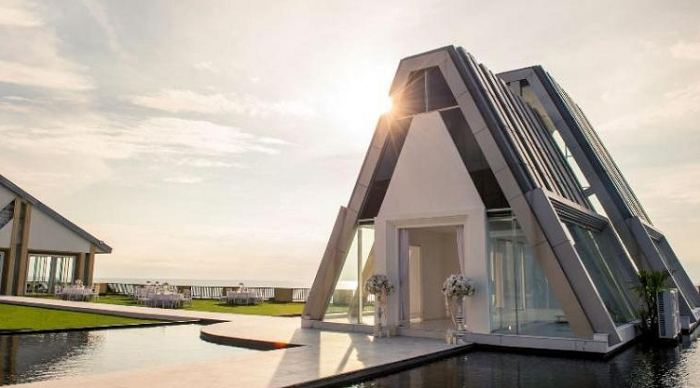 Hotel The Rich Prada Bali has apologized for a ‘discriminatory’ job opening that had the Hindu-majority Bali fuming.

The job opening had called for applicants who are non-Hindus.

The hotel, the Rich Prada Bali, after the controversy is saying that its job postings were not meant to hurt the Hindus.

It said that they needed staff for “technical needs.”

Several newspapers carried the quote Human Resource Chief Gede Utaya who said that “I am humbly sorry, on behalf of the management of The Rich Prada Bali to apologize profusely to all Hindus, everywhere because of our mistake.”

But he also said that the hotel was seeking to hire the non-Hindus for the department of housekeeping as they can work during the Hindu holidays. He said that right now all the staff members of The Rich Prada Bali are from the Hindu community.

Tribun Bali quoted him as saying:

“In housekeeping, all of the people are Hindu, so on Nyepi, all must go for the holiday. If we make them work, that would be disrespectful. So, it ends up being empty.”

Nyepi is the Balinese Hindu New Year and is practiced as a day of silence which the Hindus quietly pass at home or praying. Even the internet and the lights are turned off.

The Rich Prada Bali claims that it wanted to hire the non-Hindus only for this reason and the HR chief even said that he himself is a Hindu and he didn’t want to hurt the Hindu community.

However, the Bali Province’s Manpower Office head Ni Luh Made Wiratmi said this job advertisement is a violation of Article 5, Law No. 13 of 2003 employment which mentions that there shall be no discrimination when it comes to hiring. He also mentioned that verbal or written warning, restrictions on the business activity, or the revocation of the business license are options available to his office. For this time, a written warning has already been given.

It is weird since Bali has been world famous for its tourism industry and even on Nyepi, it’s not like that all the staff goes for an off day.  A source who has worked as a senior manager in the tourism industry in Bali explained to Currentriggers.com that the management makes the schedule of employees in such ways that all the employees do not end up taking offs at the same time. So what was the issue this time?

American preacher has this to say to the Balinese Hindus (Videos)

The source also added that this is a routine practice and stressed that tourism is not a new business in the island and that even at the Galungan festival the arrangements are made in a way that each can participate in the rituals and prayers without affecting the work so what was the need for such an advertisement?

Many on social media believed that this advertisement is not just discriminatory but also show the Hindu staff in poor light which is also part of the problem.