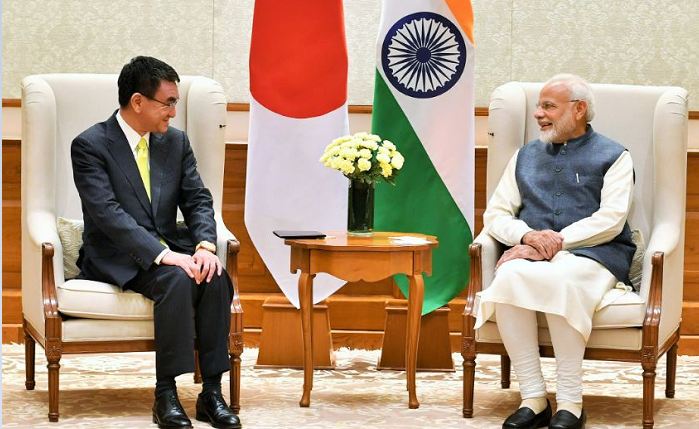 India will be backing Japan for G20 presidency.

The G20 Summit is a major international forum which takes place annually. The participants in G20 are from strong and emerging economies from where the heads of states come together.

External Affairs Minister Sushma Swaraj was recently participating in the 10th India-Japan Foreign Minister-level Strategic Dialogue with her Japanese counterpart, Taro Kono on January 7, 2019, in New Delhi. The last round of this dialogue was held in Tokyo in March 2018.

India and Japan are continuously engaging more with each other under the nationalist and hawkish Shinzo Abe and Narendra Modi. In Japan’s case, the security threat from China due to the disputed Senkaku islands, has reached the level red. So much so that when we discovered that the Japanese PM is also part of the most popular anti-China group on Facebook, it hardly even came as a surprise.

Japan’s PM Abe counts Narendra Modi as a friend on a personal level while the ties are also rooted in democratic values, shared development goals, religious ties due to Hinduism and Buddhism and also due to the mutual quest for human rights.

Both sides during the 10th India-Japan Foreign Minister-level Strategic Dialogue have agreed that the visit of Foreign Minister Kono at the beginning of the New Year provided an important opportunity for them to identify the agenda of bilateral relations in 2019 and marked an important beginning for a series of high-level bilateral exchanges this year to take our relationship to newer heights.

And this view has been cemented by the fact that India has promised full support for Japan’s Presidency of G20 this year.

During the talks, the two Foreign Ministers held discussions on follow up actions taken on decisions taken during the visit of Prime Minister Narendra Modi to Japan for the 13th India-Japan Annual Summit in October 2018, which opened new vistas of bilateral cooperation in areas such as regional connectivity, economic partnership, new and digital technologies, healthcare, renewable energy, defence cooperation, maritime security etc.