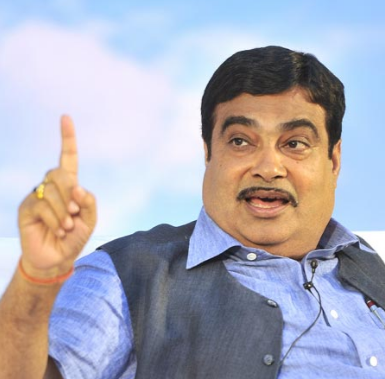 New Delhi, July 18, 2016: Union Minister of Road Transport, Highways and Shipping Nitin Gadkari had a message for Silicon Valley Professionals (SVPs) of Indian origin and that was to participate in the Start-ups India movement by taking advantage of Prime Minister Narendra Modi’s ambitious policy initiative of “Ease of doing Business” and contribute towards the success of “Make in India”.

Addressing a series of meetings organized by various outfits of Indian origin professionals in San Francisco over the last two days, Nitin Gadkari pitched for this by highlighting that the NDA government’s policy initiatives brought about a lot of positivity among the entrepreneurs across the globe and underscored that India has the world’s third largest number of start-ups.  In short, the time is right for the SVPs to take a plunge.

Nitin Gadkari, while speaking at the Global Indian Technology Professionals Association (GITPRO), stressed that the Indian professionals should bring their innovations and technologies to India in key sectors of the economy, particularly in the infrastructure sector like roads transport, highways and shipping as well as in the road safety programs.

He further added that the agriculture sector was another area of cooperation between India and the US and assured of all possible assistance in making the ease of doing business a hassle free process.

Nitin Gadkari also met TiE (The Indus Entrepreneurs) US Chapter members and shared with US entrepreneurs his ministries’ policy innovations with a view to motivating young creative minds to turn up ideas into action in the new Indian scenario which he said will help in jobs creation.

Atal Innovation Mission was another hot favourite while Nitin Gadkari explained that the relaxation of rules and regulations and other procedural bottle necks in the departments under him have been eased in a bid to assuage investors who have long complained about it.

Gadkari also visited Boom Energy establishment and evinced keen interest in the next generation energy generation system with modern technologies. Speaking at another meeting Nitin Gadkari said that positive impact of Indian policy initiatives in road transport, highways and shipping sectors have given a boost to the Indian economy which is now growing as one of the emerging economies in the world

During his interactions Gadkari noted that IIT and IIM graduates from India working in the US were excited about the success story of India and wanted to make a positive contribution to the growth and progress of their country of origin.