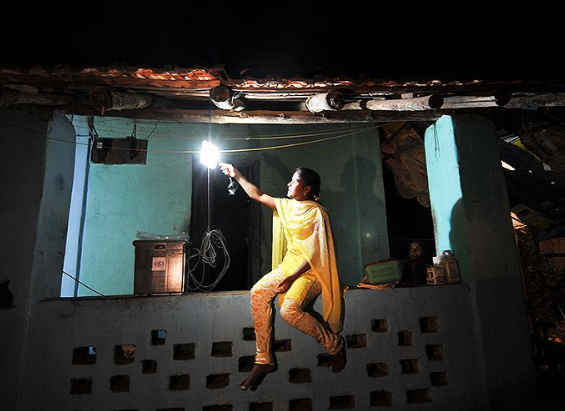 New Delhi, July 18, 2016: Electrification is one of the most important developmental goals of the Indian government and India is marching ahead towards electrifying the remaining 18, 452 unelectrified villages within 1000 days.

As per the information released by the Indian government, 141 unelectrified villages became electrified last week while 8,960 villages got their electricity till this date under Deen Dayal Upadhyaya Gram Jyoti Yojna (DDUGJY).

Out of the newly electrified villages, 5 villages belong to Arunachal Pradesh , 56 in Meghalaya, 31 in Assam, 4 in Mizoram, 3 in Jharkhand,9 in Rajasthan ,3 in Madhya Pradesh , 23 in Odisha and 5 in Bihar, 1 each in Himachal Pradesh and Tripura . In case, one wants to check upon the ongoing electrification process, then one may use http://garv.gov.in/dashboard. Here check the table:

the remaining unelectrified villages will see the ‘light’ by 01st May, 2018, it indeed means a lot.

As the deadline nears, the project has taken on a mission mode and strategy for electrification consists of squeezing the implementation schedule to 12 months and also dividing village electrification process in 12 Stage milestones with defined timelines for monitoring.

In a nutshell, these were the prior developments:

To expedite the progress further, a close monitoring is being done through Gram Vidyut Abhiyanta (GVA) and various actions are also being taken on regular basis like reviewing the progress on monthly basis during the RPM meeting, sharing of list of villages which are at the stage of under energisation with the state Discom, identifying the villages where milestone progress are delayed.